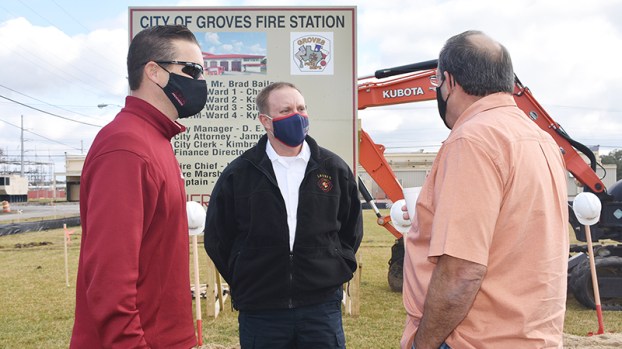 Groves breaks ground on new fire station; current one dates back to 1957

GROVES — History was in the making as officials turned the dirt at what will be Groves’ first new fire station in 63 years. 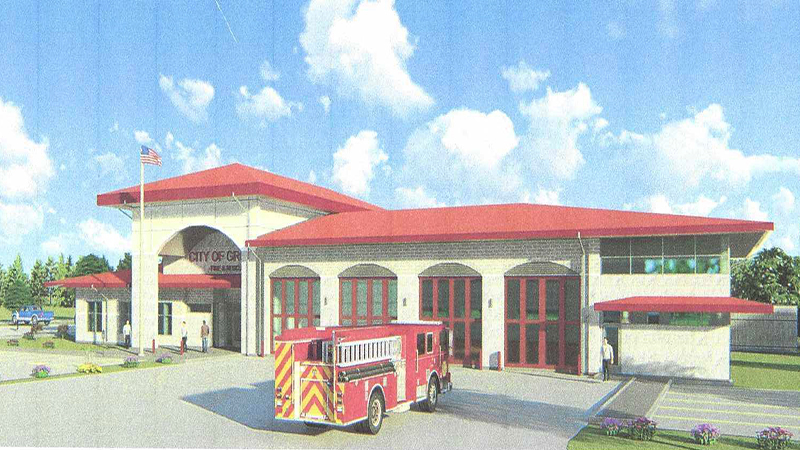 A computer drawing of the new Groves fire station.

Borne called the project a solid investment to protect the firefighters.

City councilmembers, city officials, firefighters, representatives of Joiner Architects, Durotech, and well-wishers were on hand Wednesday to witness the groundbreaking along West Washington and adjacent to the city’s police station.

Fire chief Lance Billeaud, who took the reins earlier this year from retiring chief Dale Jackson, said this was something he wanted to see happen for years.

“For the department, this means the world to us. We’ve been in the older building, cooped up, one on top of each other for a long time,” said Billeaud, a 26-year veteran of the department.

The current fire station, located at 6150 Short St., was built as a volunteer fire station in 1957 and was not made for firefighters to sleep, city manager D.E. Sosa said. 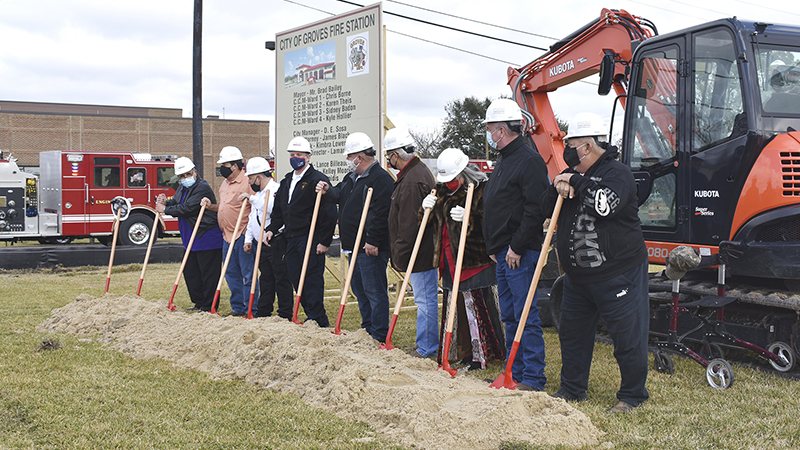 Groves city officials, firefighters and construction team representatives turn the dirt during the groundbreaking ceremony at the site for the Groves Fire Department on Wednesday.

Back in 1998 a portion of the city’s economic development corporation’s sales tax was dedicated to pay for the city’s sewer plant. The debt was paid off in 2017 and that left some money available to reallocate toward the new fire station.

This is a legal way to use the money as it can be used for a public safety facility, Sosa said.

Certificates of obligation were sold and there are plans to use a portion of the EDC’s sales tax for the next 20 years to pay for the new fire station.

Construction costs for the building alone come in at $7.195 million, but this doesn’t include engineering, designs, mechanical and plumbing engineer fees and more associated costs. The total price tag is approximately $8.2 million.

The new facility will be almost 15,000 square feet, have a pitched red roof and a different architectural design than the adjacent police station.

Billeaud explained the new station will feature three bays that are “double deep” and individual dorm rooms for the firefighters to sleep in. There will be new technology in the building.

In addition, there will be advancements to keep contaminants out of the building by use of an air lock. Bunker gear will be stored in a different area. There will be more storage area and a new training room with updated technology.

The larger facility will be a little more comfortable for the firefighters, Billeaud said.

Combining a cramped space with a stressful job isn’t ideal. The new building will help that stress level go down.

The city purchased the property five years ago in anticipation of building the station. 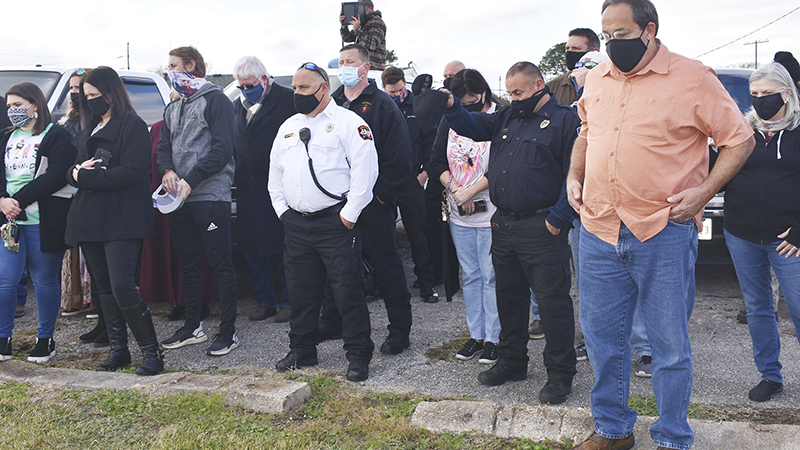 Groves firefighters and well-wishers wait on the groundbreaking ceremony at the site for the Groves Fire Department.