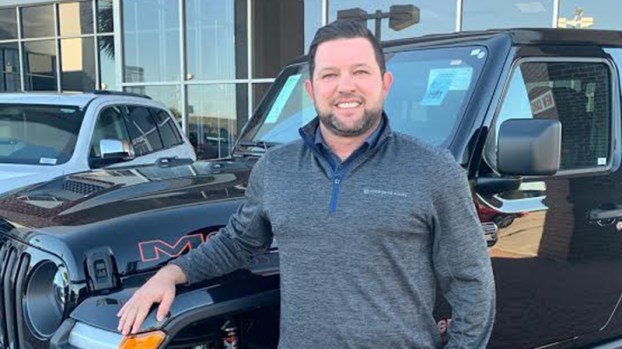 Jeremy Soileau is one of the new owners of Bolton Dodge Chrysler Jeep Ram Fiat at 8181 Memorial Blvd. (Courtesy photo)

A dealership with 44 years under its belt in Lake Charles has brought its family-owned business to Port Arthur and the Golden Triangle.

King Bolton is the owner of Bolton Ford in Lake Charles, where Jeremy Soileau served as general manager. Now the two are owners of the Port Arthur location.

“We have had a lot of success in Southeast Texas with our Ford product and decided to start spreading our wings and look for opportunities here in this market,” Soileau said from his office, with a view of the vehicles out front.

Soileau set out in this career at age 20 and now, 18 years later, he is co-owner of his own dealership. 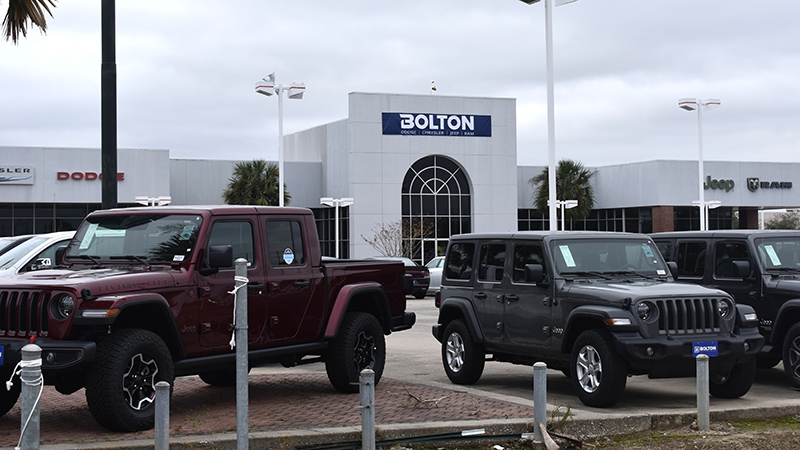 With refinery expansions, new hotels and other businesses popping up, Southeast Texas growth is happening, he said.

“I think that we’re seeing the same things that happened in Lake Charles in the recent years starting to happen here,” Soileau said. “The refineries are growing. You got national chains wanting to come in, hotels and restaurants. You have the fastest growing sports bar and restaurant, Walk-On’s, coming. We did our homework. We saw the growth. We felt like it was almost home to us.”

Soileau has been married for 14 years and has two sons, ages 8 and 12.

He said the dealership has a passion for giving back to the community, something that will continue in Southeast Texas. The first thing on the agenda is a toy drive.

“You will see we’re family owned and operated and have been in business 44 years,” he said. “We want to bring the same culture into this market. Where you’re not getting a corporate-owned store, you’re getting a family owned store, where you’ll see the owners here daily.”

Soileau will also continue working at the Lake Charles dealership, where in Louisiana it’s the No. 1 volume Ford dealer and have been for the past seven years. Bolton is a top-75 dealership in the United States.

“So we do a lot of volume but it still feels like a family owned store,” he said. “There’s nothing corporate about it.”

The victim of a Sunday afternoon shooting outside a Port Arthur liquor store is refusing to cooperate with police and... read more