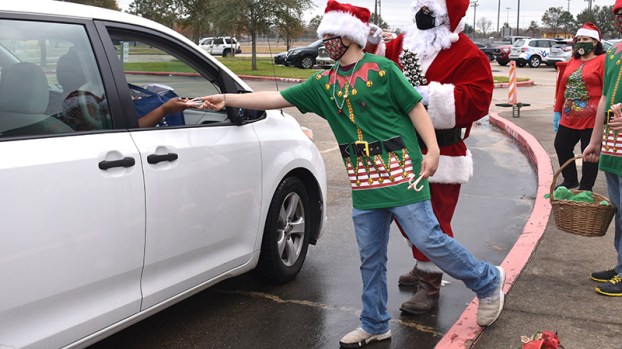 Holiday music was playing as a giant inflatable snowman rocked in the morning breeze while out front of Memorial High School as volunteers with Motiva Enterprises, in partnership with Port Arthur Independent School District and the Southeast Texas Civilian Task Force, gave holiday meal and care packages to 150 pre-selected families. 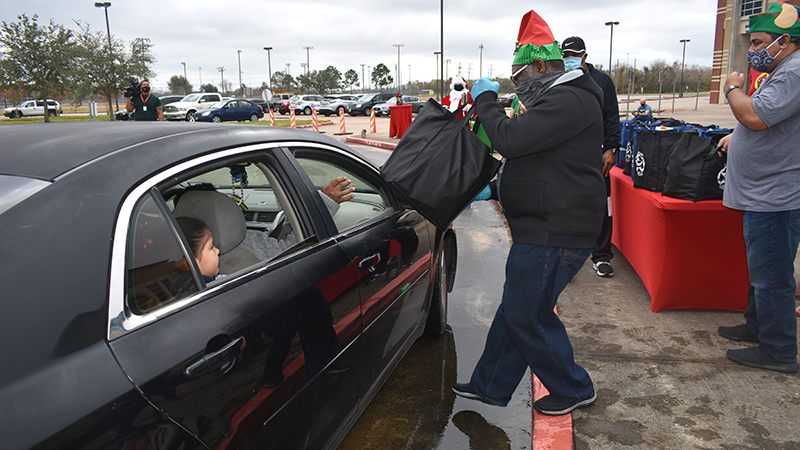 Motiva employee Mark Martin hands a bag of cleaning supplies and other items courtesy of the Southeast Texas Civilian Task Force to a family.

Vehicles lined up Saturday morning outside the school’s ninth grade center before entering the front drive of the high school, where masked volunteers distributed the items. The drive-thru allowed for families to stay in their vehicles during the contactless process.

Ivy Brown Sr. brought along his son Ivy Brown Jr., who is a student at Tyrrell Elementary School. Brown Sr. said the event was awesome and helps parents who may not be able to afford the items due to loss of jobs during the pandemic.

He also saw the event as a way for the community to come together to help others and “truly lift the spirit of kids.”

“It’s overwhelming, this while COVID,” she said. “Right now me and my family are not staying at home, we’re staying with someone else. We’re not going to have a big Christmas. I can’t explain it without getting emotional.”

Claire Jackson, community affairs manager with Motiva, said the event was a way to bring some cheer during the pandemic.

One of the tables at the event was manned by Tieraney Celestine, Vivian Roberts, Kimberly Roberts and Cyndi Garcia — volunteers with Motiva who handed out bags with cups and other Motiva items. 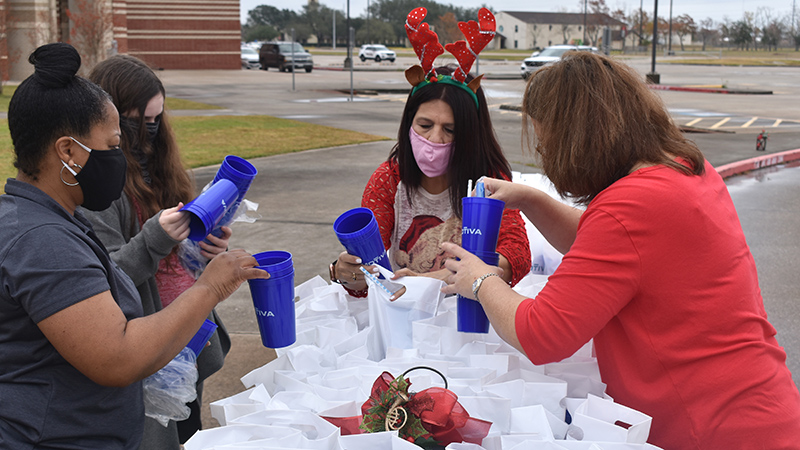 At a separate area the participating families would receive a gift card for a local restaurant for a family meal.

“During such an unprecedented time when many families are struggling to put food on the table, Motiva has shown, once again, how important they are to the community,” he said in a release. “We can’t thank them enough for that.”

And though we are in a pandemic, Porterie said, that didn’t stop our community partners, Motiva Enterprises and the Southeast Texas Civilian Taskforce, from coming together to assist local families.

Greg Lucchesi, vice-president and general manager of the Port Arthur Manufacturing Complex (PAMC), stated, “The holidays are a time for family, friends and helping those in need. Motiva remains committed to its Port Arthur family and is honored to extend holiday cheer to deserving students and their families.”

More than $35,000 in holiday meal cards and care packages were distributed on Saturday. 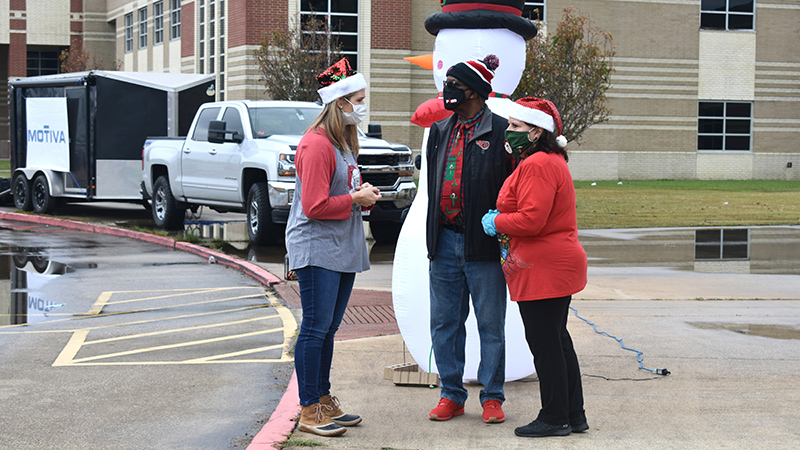 NEDERLAND — The City of Nederland is asking the community to come out in support of blood and bone marrow... read more