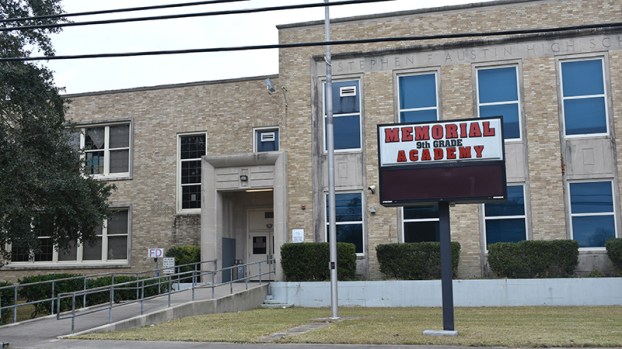 The former Stephen F. Austin High School/Memorial 9th Grade Academy will be demolished at a future date. In its place will be a newly constructed Newcomer Center. (Mary Meaux/The News)

Constructed in 1929 and opened in 1930, Stephen F. Austin School has seen generations of students walk its hallowed halls.

The campus is set to be demolished, as was set forth in Port Arthur Independent School District’s $195 million bond approved by voters in 2014.

In November, PAISD trustees approved an agreement with Labiche Architects with anticipated fees not to exceed the threshold of $25,000.

A date for the demolition has not been set, PAISD Superintendent Dr. Mark Porterie said. 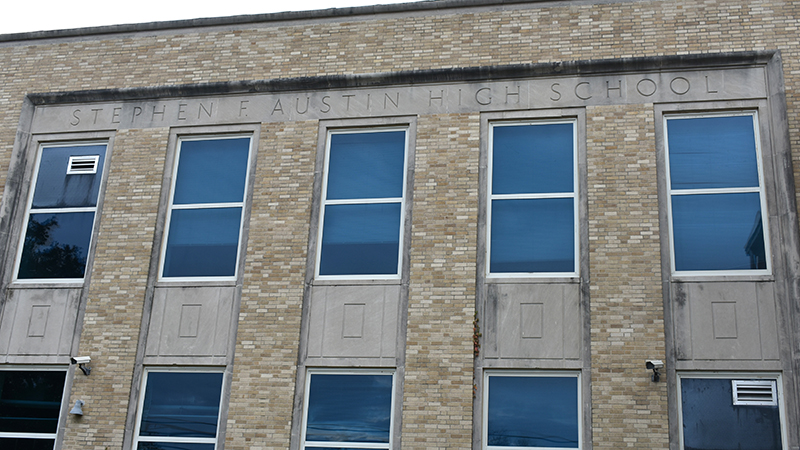 The name “Stephen F. Austin High School” remains at the top front of the school.

Also included in the bond was the future of the SFA site.

“It will be rebuilt and serve as PAISD’s Newcomer Center,” Porterie said. “The district continues to make the best use of taxpayers’ funds. After thoroughly examining the building, it was fund to be more economical to completely rebuild the building.”

The Newcomer Center will be located on the original site of SFA and house international students that are new to the district to assist them with their transition into the American K-12 school system.

The site will also contain the Port Arthur Alternative Center, a program for expectant mothers and adult education. At this time, no name for the building has been discussed, Porterie said.

There is a need for the Newcomer Center as the district has a number of ethnic groups coming in. Instead of placing them in the regular classroom, the center will help prepare them, school officials said.

Porterie described it as a buffer of sorts to help students acclimate before telling them to pass standardized testing.

“They need to know what is expected from the Texas education system,” he said. “We want to do everything we can to help. And parents need to understand the rules and regulations.” 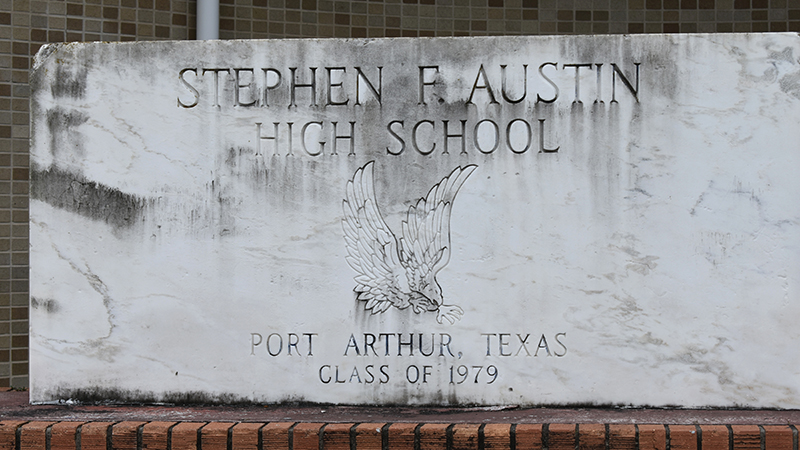 A stone from the SFA class of 1979 on the campus grounds.

Information has been circulating on social media saying SFA alumni will meet on the morning of Dec. 19 to say their goodbyes.

Porterie said the district has had calls on the situation but they are not the host of the walk-thru.

He said someone called the district and said there are SFA graduates who would like to walk through the building one more time before it is torn down.

A representative of the district will open the doors but will not give tours or shadow the group. 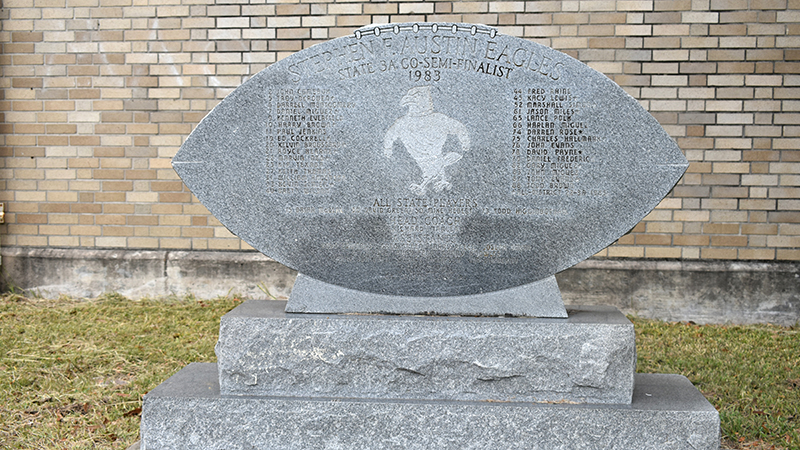 A stone honoring the 1983 SFA Eagles football team, who made the state semifinal round, rests on the campus grounds.

The Memorial defense that had dominated the district all year could not get the final stop needed to send the... read more