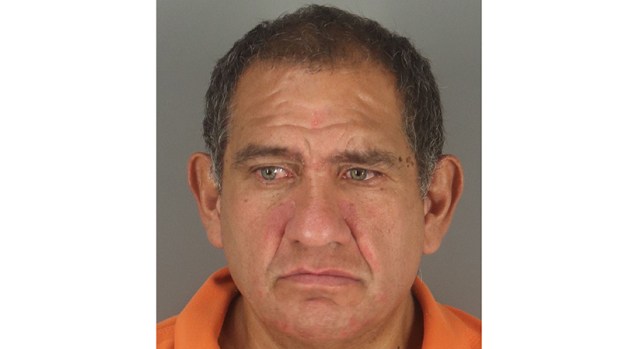 A Groves man angry that another man walked though an outdoor area struck the victim on the head with a piece of concrete, police said.

The alleged altercation occurred Oct. 24 in the 5500 block of Park Street in Groves.

The suspect, Antonio Tony Montano, 54, was indicted on a charge of aggravated assault by a Jefferson County grand jury this week.

According to the affidavit for arrest warrant, Montano told police the 19-year-old victim attacked him. However, authorities noted the victim had visible injuries to his face and head and dried blood on his hands and shirt.

The victim told police Montano yelled at him, advising him to stay off some disputed property, the document stated.

Montano reportedly became physically aggressive and attacked the victim in the driveway.

The victim’s girlfriend “was on scene at which time she recorded the incident on her cell phone,” the affidavit read.

Authorities said Montano swung his fist at the victim and the victim pushed him away. Montano then picked up a piece of concrete approximately the size of a hand and struck the victim’s head, police said.

Montano was arrested and remains in the Jefferson County Correctional Facility on a $20,000 bond, according to the jail roster.

The Memorial defense that had dominated the district all year could not get the final stop needed to send the... read more