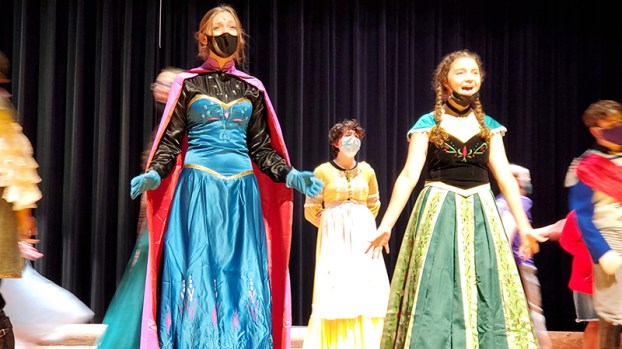 PORT NECHES — Elsa, Anna, Sven, Olaf and the gang are coming to the stage at Port Neches-Groves High School for its presentation of “Frozen Jr.”

Show times for “Frozen Jr.” are:

Prices are $5 for students and $10 for adults. Purple Cards are accepted.

The program will be held in the high school auditorium. 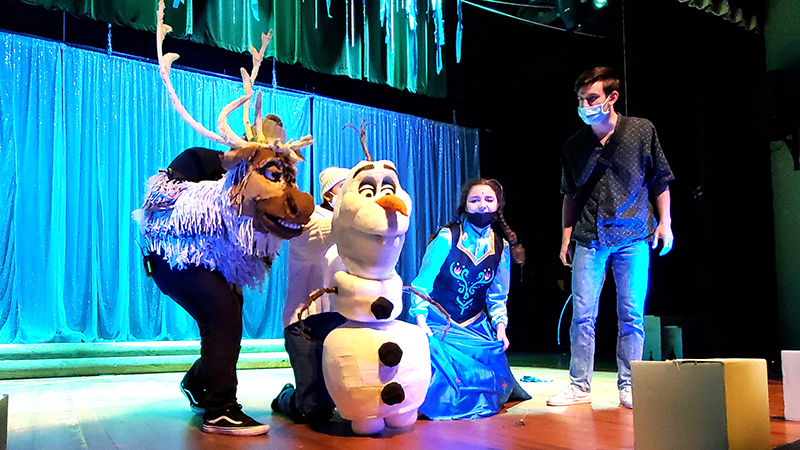 Theater director and teacher Melissa Eyles sat in the front row of the theater as the cast went through practice. There were chuckles and full out laughs mixed in with some stage directions on Tuesday.

Eyles said GMS have a strong theater department and planned to have the production in the spring but were unable to. They had some puppet credits and Eyles was able to utilize this with the characters of Sven and Olaf.

Daisy Obregon as Olaf and Jake Rhondes as Sven said it took about a week to learn the puppetry involved. It was challenging but fun.

Obregon’s favorite scene is when Olaf, a snowman, did his number about summertime. 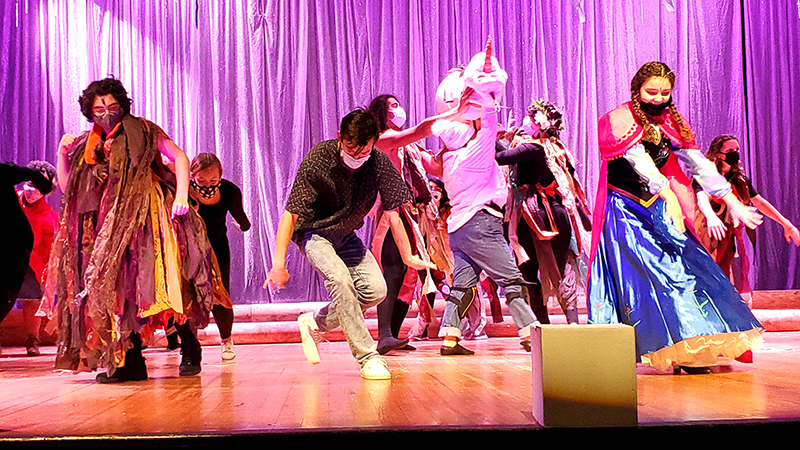 Rhodes brought some of his own flair to Sven, a reindeer — a Russian accent.

“He didn’t have one in the movie,” Rhondes said during a break in rehearsal. “One can claim the case that he’s a caribou…”

Sven often shares the stage with Kristoff, played by Carson Lewis — hint, they have a really fun singing number together.

Prince Hans, portrayed by Jestin Devillier, had fun getting into the mindset of the character and also praised the cast for their hard work.

Elsa, portrayed by Brooke Hall, and Anna, played by Juliana McManus, took on the roles with what seemed like ease, taking on the famous vocals and acting.

Hall admitted she was a bit nervous stepping into the role of Elsa.

“I haven’t really played a part this big and wanted to prove to everybody that I could do it,” Hall said.

McManus took on a challenge, as well, playing Anna.

“It is really exciting because she is a really happy and bubbly character. I hadn’t done that before,” McManus said. 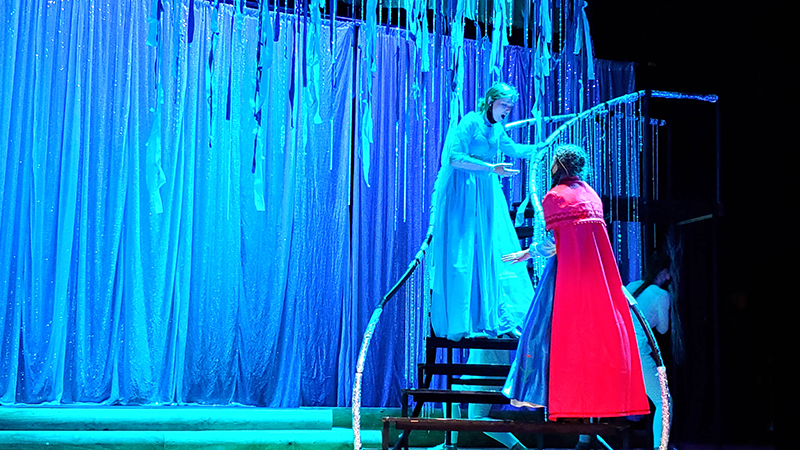 The director and cast

Eyles said the production is geared toward a younger audience so the show is only about an hour, or less.

She added \ the process for a production normally takes 12 weeks to prepare. They are doing it in five weeks because the students “are willing to work really hard.”

Everybody has expectations when it comes to “Frozen Jr.” but “we are putting our own PNG touch to it,” Eyles said.

McManus thinks the audience will sing along and laugh as the puppets blink and move with the awkward pauses.

Cast members are excited to see the reaction of the audience as they sing, dance and act as some of Disney’s most beloved characters.