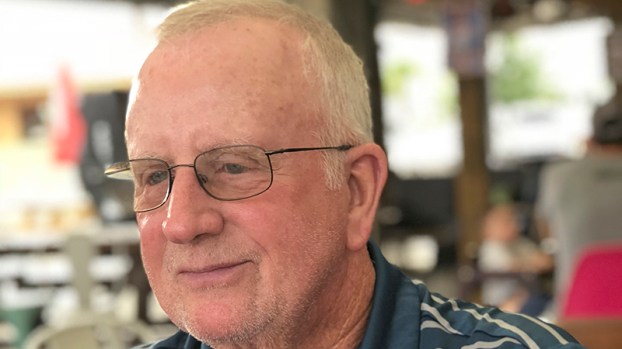 Tom was born in Frankfort, Kentucky on July 25, 1946 to Emmy and Eugene Lawton.

He was the oldest of four boys, which kept his mother’s hands quite full.

In 1960, Tom and his family moved to Bartlett, Texas, where he graduated from Bartlett High School in 1964 and lettered in football as a receiver.

Coming from a family with a long line of military service, in February 1965, Tom enlisted in the United States Marine Corps at the age of 18 and proudly served with the 3rd Marine Division in Vietnam.

Following his tour in Vietnam, Tom began his association with the 2nd Air Naval Gunfire Liaison Company (ANGLICO) and earned his jump wings.

During his four-year enlistment, he was promoted to Sergeant and was subsequently promoted to Staff Sergeant while in the Inactive Reserves.

Tom met the love of his life, Lorita Gordon, when she was teaching in Bartlett.

On June 16, 1973, Tom and Lorita were married at the First Baptist Church in Stephenville, Texas.

A few years later, they settled in Groves, Texas, where they began building a family.

First, their son, Bobby, was born, soon followed by their daughter, Laura.

Shortly, thereafter, he retired from Fina/Total after 27 years of service.

Tom made the most of his retirement by doing the things he loved best – golfing (and making 5 hole in ones over the years), fishing, and most importantly, spending time with his grandchildren at their baseball games, softball games, football games, and school programs.

Tom’s grandchildren were truly the lights of his life.

Tom will be greatly missed.

He was preceded in death by his parents, wife, Lorita Lawton and brother, Bobby Lawton.

A visitation for family and friends will begin at 1:30 p.m., Saturday, December 12, 2020 at Levingston Funeral Home in Groves with a Memorial Service to follow at 2:00 p.m. with Pastor Ronnie Linden officiating.

Interment will be at a later date at West End Cemetery in Stephenville, Texas.

In lieu of flowers, friends wishing to make memorial contributions may send them to: Houston Hospice, 1905 Holcombe Blvd., Houston, Texas 77030.