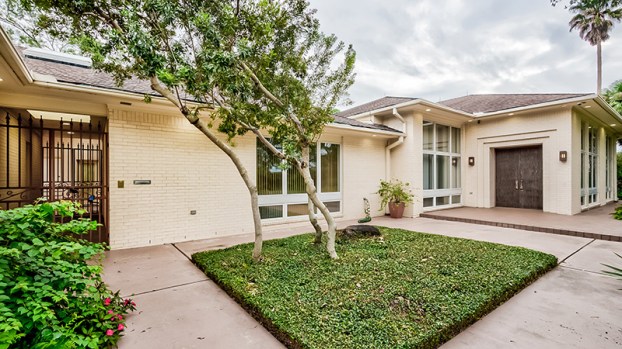 PORT NECHES — Alletta Thompson knew what she wanted in a home.

An Oklahoma native, Thompson was an artist and sculptor with a Bachelor of Arts degree in art education. She likely relied on her skills and talent when making the house at 2801 Merriman St. in Port Neches a home for her and her husband Bruce.

Weeks ago the home went on the market as one of the “most exclusive” properties in Jefferson County. It comes with a $975,000 price tag.

Julie Sanders of SETX Properties explained the home is inspired by Frank Lloyd Wright and designed by Steinman-Eide Architects in Beaumont. It was built in 1988. 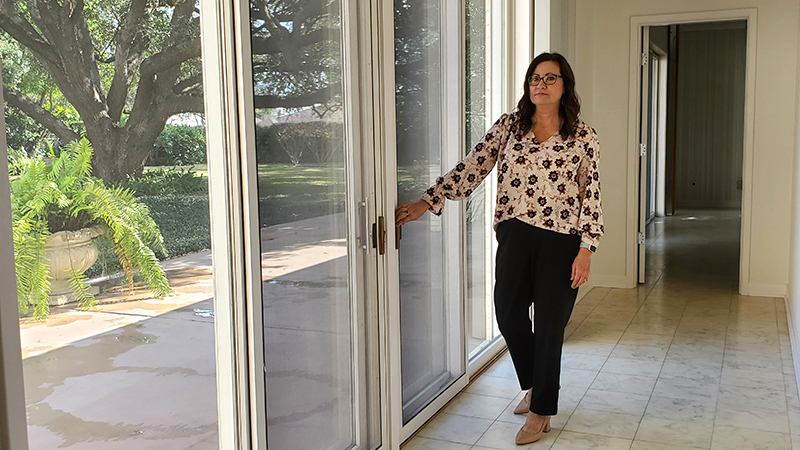 Realtor Julie Sanders prepares to open a set of doors leading outside at the former home of Bruce and Alletta Thompson. (Mary Meaux/The News)

Wright is known for the blending nature into his designs, and the Thompson home shows this with its one story brick residence on 1.5 acres. Though located on a busy street, motorists can only get a glimpse of the house through the full privacy hedges.

The home features tall windows, allowing views of a botanical garden and a limestone walking path. The many near floor-length vertical blinds are reflective and bring nature inside.

Sanders said Alletta Thompson accumulated plans and ideas for the home for years before she and her husband moved there when they were 66 years old.

“She really did live in her dream home,” Sanders said. 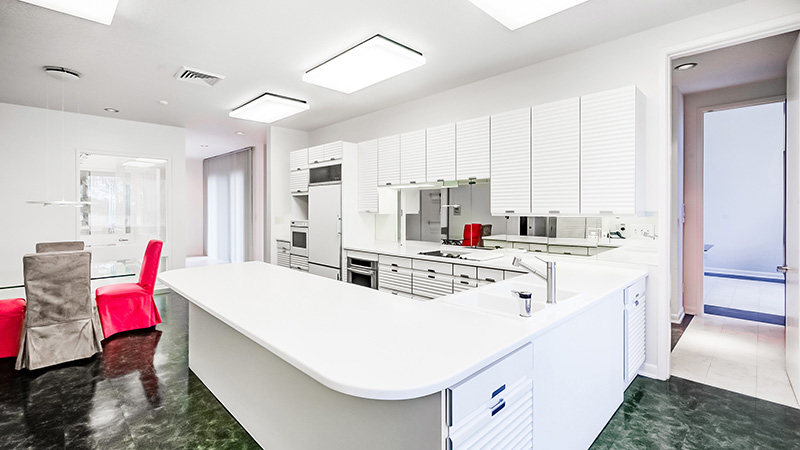 In 1962, Bruce and Alletta purchased a store in Groves naming it Bruce’s, according to his obituary.

“He soon helped form a joint advertising group, which became known as Market Basket. He and Ed Hughes continued the Market Basket brand by purchasing stores in Texas and Louisiana. In 1983, he bought out his partner and life-long friend, Ed, to continue the operation of Market Basket as it currently operates.”

But the Thompsons are known as more than successful entrepreneurs. The couple generously made contributions to the community, which include donating the land the Groves Police Department is on and land for Centennial Park in Groves.

After Hurricane Rita struck the area — the first strong hurricane to hit in decades — the Thompsons opened their store and allowed first responders to the food inside, which would have gone to waste without power. He repeated this gesture several times afterward. 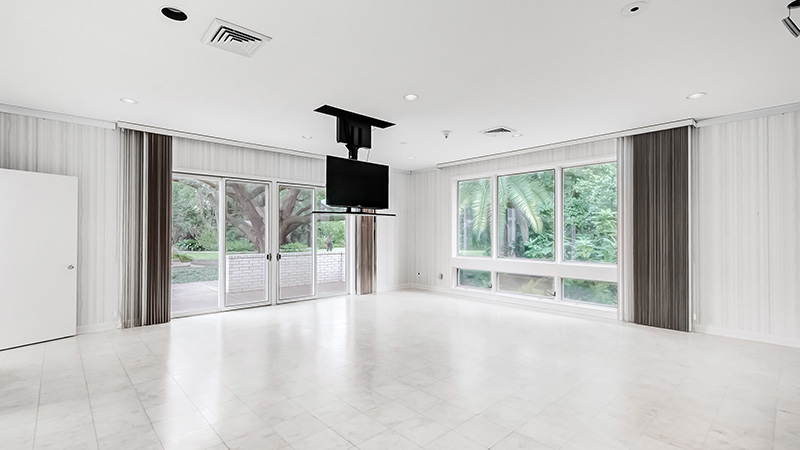 Sanders recently opened the oversized front door designed to look like wood to the 6,993 square-foot home that has four bedrooms and 4.5 baths.

During the tour she noted touches put in by Alletta, such as cork wallpaper in the study, melamine cabinets from Italy, Corian countertops and hidden drawers for added space in the gourmet kitchen.

“The designs and details were every well thought out,” she said.

The large living area features high ceilings, cove lighting and is wired for surround sound as well as one of two gas fireplaces. A second gas fireplace is in a master bedroom.

The dining room is oversized, separate and can seat 24.

Some of the other amenities include electric hurricane shutters on some windows; Lutron computerized lighting throughout, an updated intercom system throughout, security system and central vacuum. There’s also a diesel generator in a separate building outdoors. 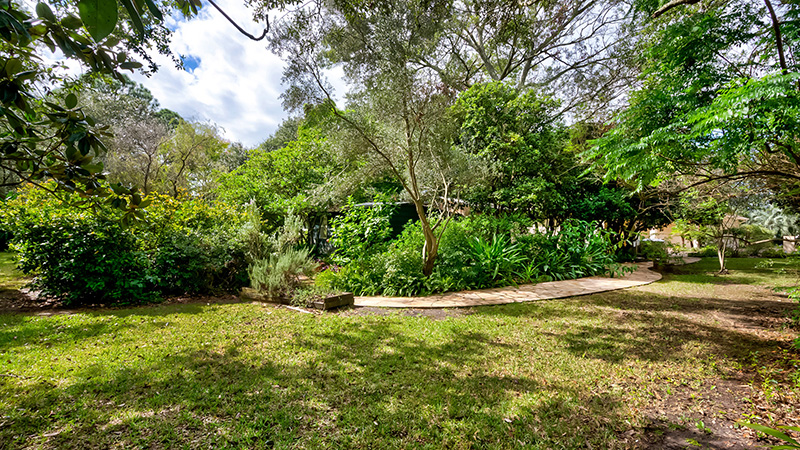 A view of some of the backyard. (Courtesy photo)

While Sanders walked the property, a grounds crew was busy at work.

The grounds outside were also meticulously planned out with a wide variety of botanicals and rare plants, she said.

There’s even a greenhouse on the grounds.

Also outdoors is a built-in stainless grill and smoker with sink.

The property features tranquil scenes from the limestone walking paths around the property past the many plants and several water features.

And all of this is brought indoors through the large windows.

For information on purchasing the home, contact Julie Sanders at Julie@setxproperties.com or call 409-729-7389.

Keesha Jones still remembers being in elementary school and putting frozen pizzas in the oven. Her love of cooking has... read more