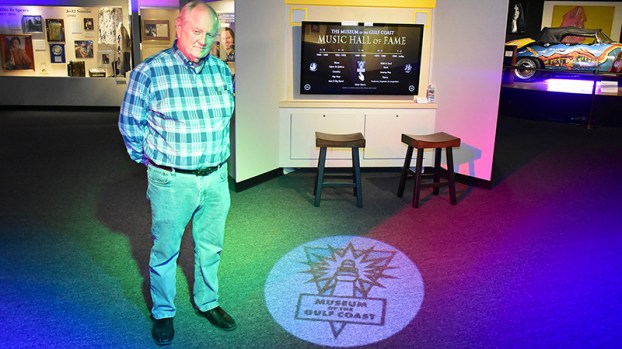 Before Tom Neal could be asked about being named the Greater Port Arthur Chamber of Commerce’s Arthur E. Stilwell Award recipient for 2021, he was excited to show off updates to the Museum of the Gulf Coast’s Music Hall of Fame.

That’s how dedicated the 67-year-old lifelong Port Arthuran is, not only to his work as the museum’s director but to his hometown and educating young persons about important people who grew up in this part of the state.

Neal will be honored as the latest Stilwell Award winner during the chamber’s 121st annual banquet, set for Jan. 28 at the Bob Bowers Civic Center.

“I’m very surprised,” Neal said. “I thought they were kidding. Pat [Avery, Chamber president and CEO] called me up. I’ve known Pat for a long time. I always see it go by every year.”

The Stilwell Award is presented to someone who exhibits the vision and dedication of Port Arthur founder Arthur Stilwell. Past winners, who select the upcoming recipient, include Carl Parker, Jeff Hayes, Hargie Faye Savoy, Sam Monroe and Verna Rutherford.

“I don’t think of myself in that crew,” Neal said.

“He’s promoted Port Arthur. He’s done national magazine interviews promoting Port Arthur. He promotes both of them together, and he enjoys doing that. He’s done a regional television show on PBS [The Daytripper]. He’s done a lot of newspaper interviews, so he’s really promoted the city and museum in a way it’s not been promoted before,” Monroe said.

“There are a lot of qualified people out there, and I think he’s on top of the list. I think it’s time for him to be recognized.” 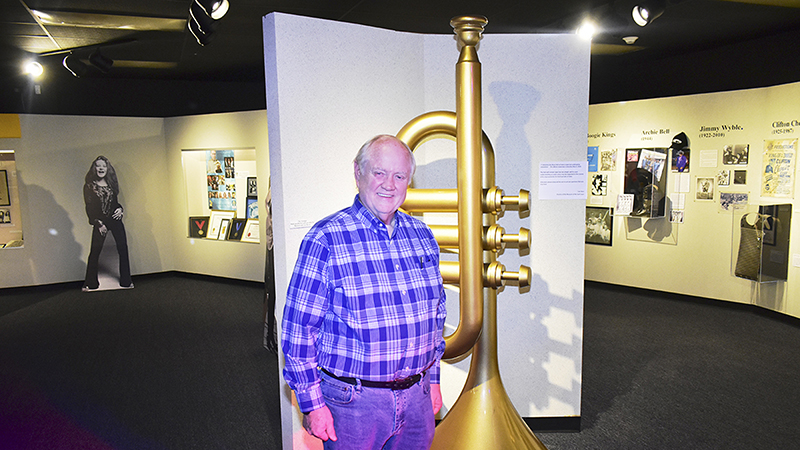 The Music Hall of Fame is an important wing of the Museum of the Gulf Coast, of which Tom Neal is director. (I.C. Murrell/The News) 11-24-20

“I can remember when he was working at the radio station,” Hayes said, referring to the former KPAC-AM/FM station that was located on the present-day Lamar State College Port Arthur campus. “Whatever challenge was needed, he was willing to do it. He was looking for new opportunities, how he could help the organization he was with. He’s that kind of guy.”

Neal has always worked on Procter Street since graduating from Thomas Jefferson High School in 1971. He spent four years as a general and sales manager for radio station KPAC-AM/FM before joining the staff of what was then Lamar University Port Arthur in 1978 as administrative assistant to the dean. He retired as vice president for student services in 2015.

“I was drawn toward broadcasting and things like that,” Neal said. “I was doing a lot of stuff with the cable company in the early days and before they had satellite with local-origination movies. I was actually advertising for them. I was a sophomore in college and doing this stuff with the Beaumont system and the Port Arthur system.”

In 2016, Neal became director of the Museum of the Gulf Coast.

Neal recalled the story of a visitor from Japan to a music exhibition in Port Arthur that drew about 4,500 fans to the Bob Bowers Civic Center in 1988. The man was visiting the Houston area on business and drove a rental car to Port Arthur to discover the hometown of Janis Joplin. That brought about an idea for a permanent museum to highlight the origins of Port Arthur and the Gulf Coast, as well as the military, civic, cultural and athletic achievements from the area.

Borne from that idea, the Museum of the Gulf Coast opened in 1994. Neal was named director in 2016.

“When he retired from Lamar State College, the museum was fortunate enough to have an opening for director, and he’s done a good job moving that museum up to the second level,” Hayes said of Neal. “We’re fortunate to have him as a member of the community. He’s doing a great job.”

Neal’s community involvement isn’t limited to Procter Street. Among a list of activities, he’s been a member of the Port Arthur Rotary Club since 1976 (and served has its president from 1988-89), was a member of the Port Arthur Historical Society for 40 years prior to his appointment to the museum, has been on the United Way Community Services board since 1991 (serving as president in 2007-08), and has served on the Retail Merchants Association Board of Directors since 1998 (serving as chair in 2003 and 2018).

“Everybody in this town is yoked in trying to make things better. That’s all I ever tried to do,” Neal said. “I lived in this town my whole life and decided to stay here.”

Neal is married to the former Linda Davidson, a dyslexia therapist, with three children and four grandchildren. He holds a bachelor’s degree in music education (1975) and master’s degree in education administration (1983) from Lamar University.

“By the way, he and his wife both have wonderful voices,” Hayes said of the Neal’s involvement with musical productions. “They’ve been in many productions. With the right break, they could have made it on the East Coast or the West Coast.”

For Neal, the Stilwell Award doesn’t just represent everything he has tried to achieve alone.

“I share this award with everyone I’ve worked with my entire life, from the radio station to the college to the staff here at the Museum of the Gulf Coast,” Neal said. “This isn’t an ‘I’ or ‘me’ thing. This is a ‘we’ thing.”

A 29-year-old Houston man reportedly found in a stolen vehicle with numerous pieces of false identification was indicted recently by... read more