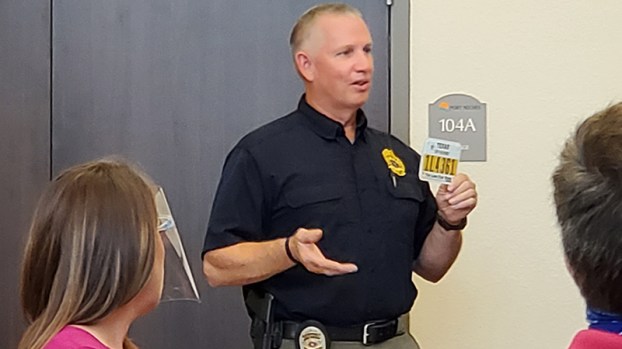 Should utility vehicles be allowed on Port Neches roads? City Council takes up the question.

PORT NECHES — A discussion on whether to allow utility vehicles the right to be driven on Port Neches streets was officially kicked off this week. 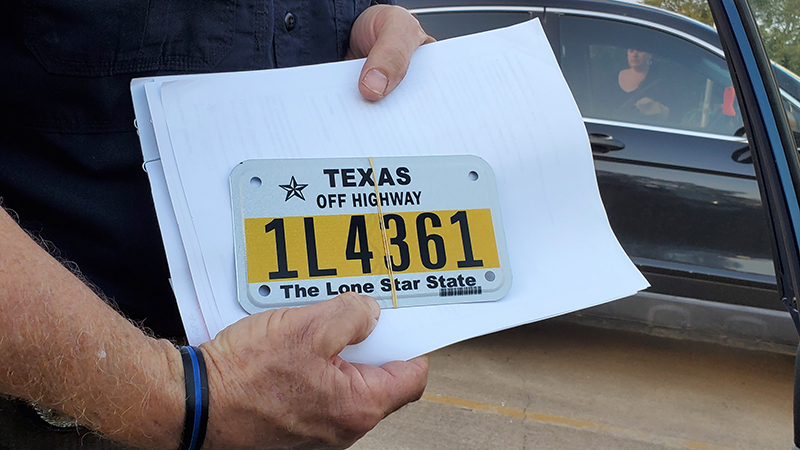 Port Neches Police Chief Paul Lemoine shows an off highway license plate. The city has been approached by people wanting operate UTVs on the roadways and those who do not. (Mary Meaux/The News)

Port Neches leaders are receiving requests for the city allow UTVs to operate on the roadways pursuant to legislative authority granted to municipalities, city manager Andrè Wimer said during a recent meeting.

Conversely, the city has also received requests not to allow UTVs to operate on city roadways.

Utility vehicles, known as UTVs, differ from golf carts and all-terrain vehicles in that they have side-by-side seating for the operator and passenger, has four or more tires, is designed for off-highway use and designed by the manufacturer for utility work and not for recreational purposes, according to the Texas Department of Motor Vehicles.

The State of Texas has left the decision on whether to allow the vehicles on the roadways to each municipality. Port Neches does have a golf cart ordinance.

Police Chief Paul Lemoine explained UTVs come with lap and shoulder belts and a roll cage system, as well as brake lights, taillights and headlights. The only thing missing is turn signals, but that can be added after purchase.

He vouched for the safety of a UTV over a golf cart when speaking personally.

“If I had to choose which one to drive and I knew I was going to be in a wreck, I’d choose the off-highway vehicle,” Lemoine told councilmembers.

Lynn Wallace, a Port Neches resident, is in favor of allowing UTV use on city roads. A retired safety advisor with a local refinery, Wallace explained the facility where he worked stopped using golf carts to get around and instead used UTVs due to their safety.

Wallace did some research on the issue and brought that to the council, saying the city of Moulton allows the use of the vehicles on roadways, as well as Corpus Christi.

In addition, Wallace noted his UTV goes no faster than 5 mph until he has engaged his seat belt — another safety factor.

A license plate can be purchased for the UTV for $10 through the Texas Department of Motor Vehicles.

Councilmember Chris McMahon asked Lemoine if calls for service increased when the city’ s golf cart ordinance was adopted in 2011.

The answer was yes.

Some of the issues were with golf cart operators driving on the sidewalk or not yielding to faster driving vehicles.

The issue was for discussion only this week, and the council took no action.

Lemoine said he would continue to look into the issue and speak with parties on each side of the topic.