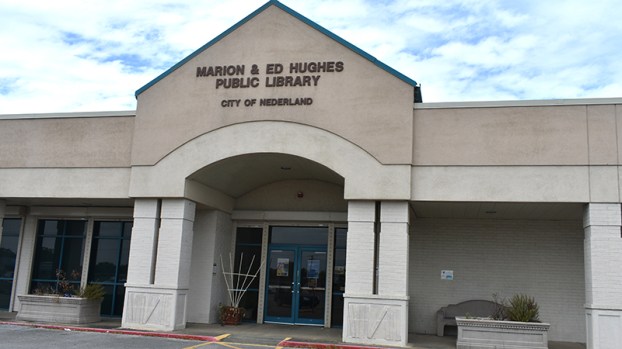 NEDERLAND — A COVID-19 case jump in Nederland has halted the opening of the community recreation center and the expansion of hours at Marion & Ed Hughes Public Library.

The city began the week with the announcement Monday of eight new positive cases, bringing the active case count to 115.

On Wednesday, the city received information of 15 new positives. The confirmed number of active cases is now 174.

Those numbers led Duque to request the Nederland City Council “hold the line” and not expand public access to local amenities. The board agreed, and no action was taken this week in expanding public hours.

“We can come back and address this again Dec. 7; maybe things will calm back down in the next three weeks,” Duque said.

“We were doing really well in September. Things were really stable, but things have blown up since the end of last week. Those are numbers we have never seen. They are building up.”

According to Duque, new hires with the library and parks department would still come in during the next couple of weeks to train and accomplish other needed tasks.

The library will continue to stay open to the public from 1 to 9 p.m. Monday and 10 a.m. to 6 p.m. Tuesday through Friday.

With the library open there will be a limit to the number of patrons allowed inside at one time — 10.

The City of Nederland is receiving inquiries about reopening the recreation center, with many wanting to play basketball or pool, while others are requesting to rent the building.

The facility on Avenue H recently installed Plexiglas around the recreation center’s front counter in anticipation of its opening.