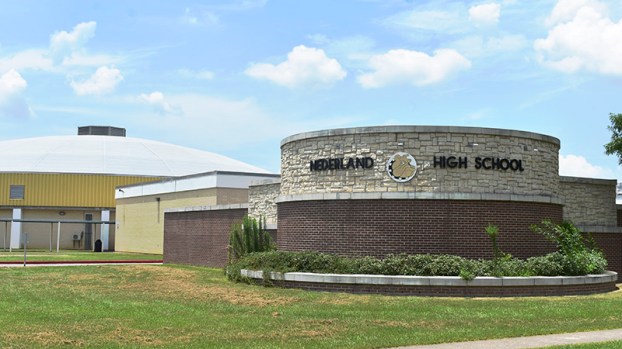 NEDERLAND — The final design and price for a new Nederland High School is expected to come in within budget by January, but the process to reach that point is leading to frustration for local education leaders.

The negative energy reached a head this week during a meeting of building officials and the Nederland Independent School District Board of Trustees, where school board vice president Nicholas L. Phillips voted against accepting the latest proposal.

Phillips described the design as a slimmed down mockup of what stakeholders spent many hours creating and approving this spring.

“It’s just like we’re taking all that work and, to me, it’s like it’s almost all for nothing,” Phillips said before the vote. “That’s the frustrating part. I realize we have to get it back into budget, but we sat across the street with this huge binder of a book and (the design) was great. Now we are going to have what is supposed to be a state-of-the-art building, but yet we are keeping parts of a 50-year-old building next to it.”

Phillips was the only dissenting vote, as all other present board members accepted the preliminary design.

School board members expect to vote for or against a final design in January.

Phillips and school board member Roya Scott expressed the most frustration for the idea that the new design includes utilization of parts of the old high school, along with construction of a new school. Scott said it was the school district’s construction partners who said months ago that keeping parts of the old building was a “terrible idea.”

Construction leaders and school board members stressed this week that Nederland is receiving a first class high school that meets or exceeds all promises made to voters during the last bond election.

Construction is expected to begin next year with the new campus opening in the fall of 2023.

The original idea called for a brand new high school, with the classroom portion of the old school being demolished.

This week, the school board was presented with a proposal that keeps the choir department in the old band hall with a renovation upgrade. The Dog Dome would also be renovated to include new boys and girls locker rooms and, potentially, a new weight room.

A complete demolition of the high school is no longer planned, with much of the space saved for possible down-the-road district needs.

Construction officials are working to finalize a design that moves all other academic departments, including English Language Arts and Career and Technical Education programs, to the new building.

“What was presented (this week) was a first class high school that people are going to be proud of,” School Board President Micah Mosley said. “I do think there is going to be a little bit of confusion for people who were part of the stakeholder process when they see a portion of the high school stays with the gym.”

Lisa Michela of IBI, the design firm hired to oversee design and costs of NISD’s voter-approved $155.6-million bond package, said the new high school is expected to include 72 classrooms, up from 61 outlined in the bond.

The new school scope is slated to cover 277,000 square feet.

At one time there was a projection for a campus spread over 337,000 square feet.

“We didn’t know much about this district,” Michela said when addressing the school board Monday night. “You guys operate a little bit differently than what we are used to. You have a large CTE program. You have a different scheduling system. There are things we didn’t anticipate and didn’t really know until we started to dive into it.”

The increasing costs of building materials on a global scale is also contributing to the need to scale back the district’s most ambitious goals, according to Thomas Neild of construction manager H.B. Neild.