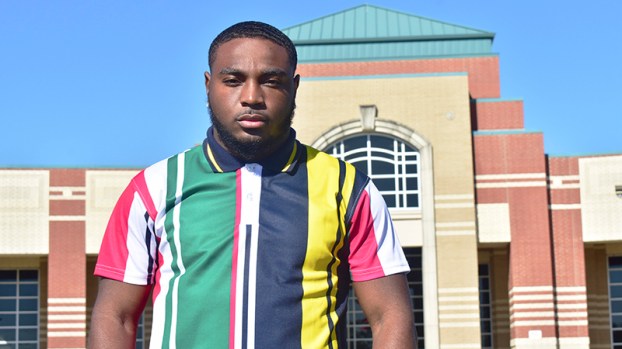 He sports a 3.8 grade-point average. He’s a football co-captain. He plays baseball. And on Friday (Nov. 13), he was crowned homecoming king.

With plans to major in mechanical engineering for college — Chaney isn’t yet sure where he’ll attend — the senior has already built quite a resume.

Mike Smith is teaching Chaney for the second year in a row at Memorial. Smith taught him in personal finance last year and now has Chaney in his economics class.

“His grades reflect his hard work!” Smith said. “If I had to describe the kind of person Branden is, what comes to mind first is ‘a true student-athlete.’ Branden takes care of his business in the classroom and on the field, and it shows. He excelled in both classes he took from me, and his football stats speak for themselves.”

Chaney finished his homecoming night rushing 15 times for 108 yards in the Titans’ 48-28 win over Baytown Lee at Memorial Stadium. He was named king, while Anahi Briseno took her crown as queen.

Chaney has mastered the art of maintaining academic success while juggling a schedule that includes lots of work in helping the Titans remain undefeated on the season.

“It’s harder than being a regular student, but growing up, it was academics before football and everything,” he said. “If I didn’t have my grades up, there was no football. I was always a higher tier student in higher classes.”

Chaney has volunteered on numerous occasions to read in Smith’s classes and help classmates understand the lessons while Smith works with other students, the teacher said. Above all, Smith added, Chaney is kind to his classmates.

“I also see him volunteering around campus for other faculty members, especially when some heavy lifting is involved!” Smith said. “I give all the credit to him and his family for instilling a great work ethic. Branden is always respectful, and you can tell he cares about his academics and athletics. He’s driven to succeed, on and off the field, because he sees a future for himself that is going to take hard work.”

Chaney chose mathematics as his favorite subject in a tough call over science.

Away from the friendly confines of Memorial, Chaney enjoys outdoor life as a fisherman and four-wheeler rider. Come spring, Chaney can be found playing centerfield for Memorial’s baseball team.

“Baseball has always been a fun sport to me,” he said. “Growing up, I didn’t play for a team, but I played with my friends. I’m a pretty athletic person, so I picked up on the game, and batting and fielding and all of that.”

The sky — “and maybe even farther than that!” — is the limit for Chaney, Smith believes. He looks forward to seeing what the future holds for his star pupil.

“I want to let everyone know Port Arthur Memorial is an excellent high school and they should enroll their kids there if they haven’t already,” Chaney said.

A second-half surge lifted the Memorial Titans as they defeated the Baytown Lee Ganders 48-28 at Memorial Stadium Friday. The... read more