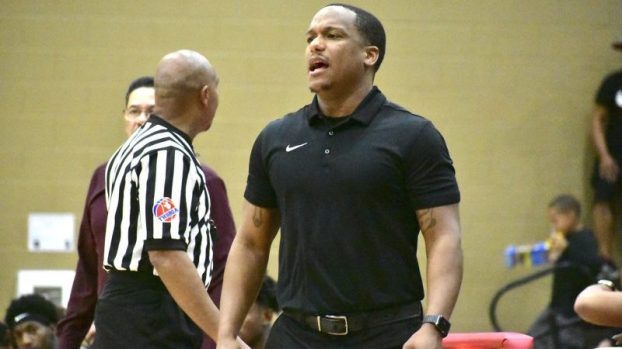 After having an experienced lineup last season, Memorial head basketball coach Alden Lewis is excited to see what his new squad can produce this season.

The will be largely led by underclassmen, Lewis said.

“We have a couple of sophomores,” he said. “Keandre Jones is a sophomore that will be a firs- time varsity player. Maurion Edwards is a first time varsity player as well. Jackson Gibbs and Colby Hamilton are coming over from JV and are expected to help out.”

The Titans play there first game of the season on the road against Bellaire Episcopal at noon today.

Lewis said simply having the opportunity to play this year is a blessing, given the uncertainty surrounding the coronavirus pandemic.

“We just have to stay on our toes, stay safe and hopefully be able to complete a season,” he said.

“I think my young guys are gaining valuable experience so far this year,” he said. “It’s that type of year, where other guys have to step up. We have a lot of turnaround and that is an opportunity for some of our young guys to have the ability to step up and we can be right were we left off.”

Lewis said he has five or six players, who will come in after the basketball season. Maleek Jones, Adrian Hayward and Jah’mar Sanders will join the team after the conclusion of the football season, Lewis said.

“I’m looking at a couple of others that might join as well,” he said. “We just have to make due with what we have and that allows other kids to prove themselves.”

Lewis said he does not have any games in particular circled on the schedule.

“To be honest, I am excited for all of them,” he said. “Due to the youth of this team, every game is going to be a challenge and every game is going to be different. It should be a fun learning season for everyone. Hopefully when things get back to normal, hopefully, at the end of this year or even next year, that we will be a much better team after going through all of the adversity.”

While many coaches prefer to have older, more experienced teams, many who can withstand a young squad can be rewarded with a team that grows together for the next two or three seasons, Lewis said.

“We’re only going to have three or four seniors at the most,” he said. “The team is going to be heavily underclassman. That is going to be exciting for the next few years. If you have some success this year, that only makes the next few seasons that much better.”

A second-half surge lifted the Memorial Titans as they defeated the Baytown Lee Ganders 48-28 at Memorial Stadium Friday. The... read more