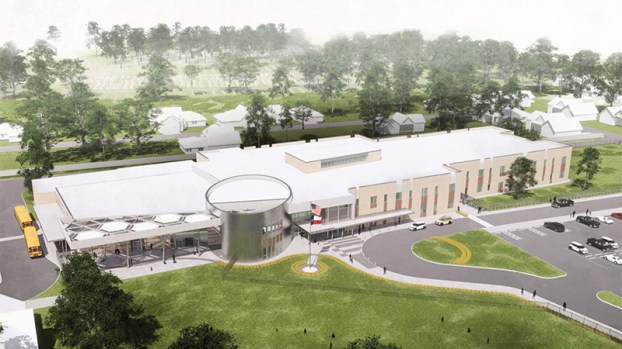 A mockup aerial view from the architects for new Port Neches and Groves intermediate schools.

PORT NECHES — After much input from the Port Neches-Groves Independent School District community, architects and engineers for four new elementary schools revealed final drafts this week of how their interior would look. 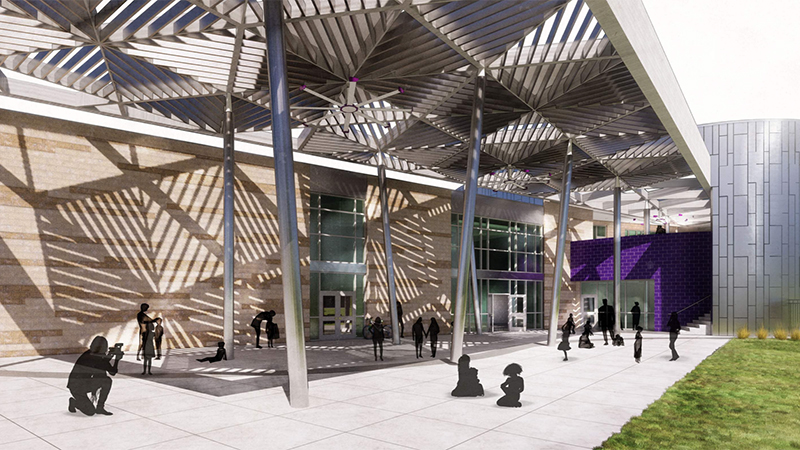 A proposed view of a school outdoor dinning and art court.

“They’re amazing,” Woodcrest Elementary School Principal Angela Abel said of the designs. “We had a lot of community input. We had a lot of teacher input, student input and administrator input. They’re doing an amazing job. Very impressed.”

The intermediate (grades 3-5) schools are scheduled for completion by August 2022 with the primary (prekindergarten through grade 2) schools to follow by next year. One of the intermediate schools will be built directly behind the Woodcrest campus on Heisler Street in Port Neches, so it won’t be long that staff members have to wait before transitioning from something old to something new.

The present school will be demolished June 4, 2022, two days after the end of spring semester classes, according to Jeff Carbone, senior program manager with CBRE|Heery. A parking lot for the new school will be established at the site of the old school. 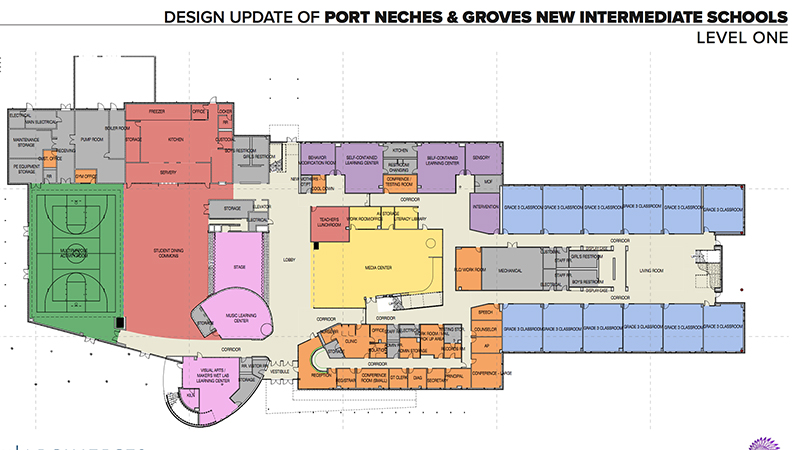 “Since we’re buying all-new furniture, I don’t need anything from this [present] school,” Carbone said. “I can move into this [new] school as soon as it’s done. So, that gives us July and August to move in, get everybody settled and get the teachers trained on where everything is, making sure everything works OK, and then moving into the school. That’ll make life very easy for us.”

The new schools are being built as part of a $130 million bond project PNGISD voters approved in November 2019. The price tag for each new campus, Carbone said, is $25 million.

Bids for construction will be entertained near the end of the calendar year, Carbone added.

Rayce Boyter, principal of VLK Architects, said his team presented three design options to six launch participant teams, each one representing a current elementary school and including students, parents and administrators. The selected design, with concepts from the other two, were presented to PNGISD board meeting attendees this week.

“Capacity was a big issue, having enough classrooms to serve 750 kids,” Boyter said, when asked what was most important to the launch participants. “And then, safety, security and after that, a building that would respond to modern-day instruction, so just quarters and classrooms, that kind of thing, that drove how some of those collaboration spaces and how the stage works and all of that.” 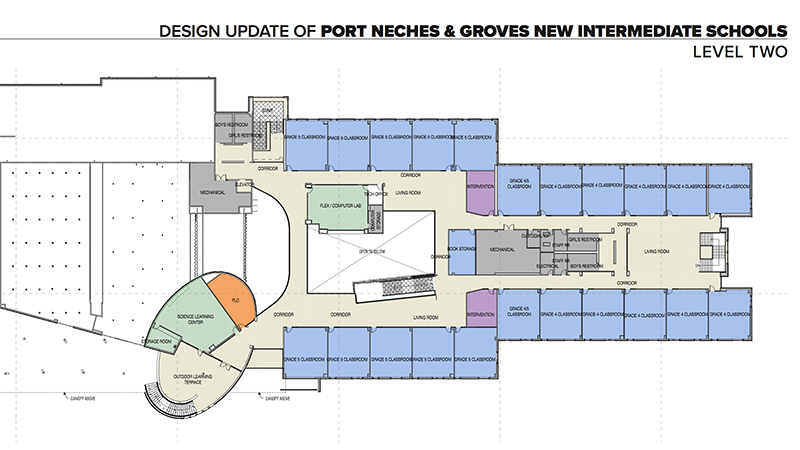 The designs revealed modern amenities such as collaboration rooms outside of classrooms and removable partitions that can connect a gymnasium floor to a dining area to create a larger auditorium.

If the bond project remains on schedule, construction for all four elementary school projects will overlap during the second quarter of 2022.

“We’ll bring on staff and resources to work on each individual project,” Carbone said. “I will oversee the entire program to make sure they’re all coordinated and everyone’s playing nice with one another. The idea here is to treat each project as a separate identity. You try to make sure any economies of scale, you can take advantage of to bring that schedule in. For us, the economy of scale is, the schools are exactly alike.”

“It’s pure excitement,” Abel said. “Our district needs this. It’s going to be so amazing for these students. I have nothing but wonderful things to say about this.” 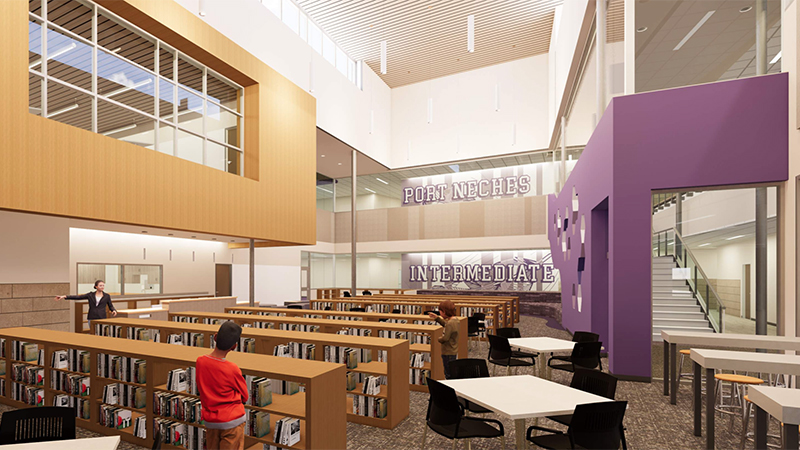 NEDERLAND — The Rev. Jason Burden’s wok with the community is no secret; from opening the doors of his church... read more