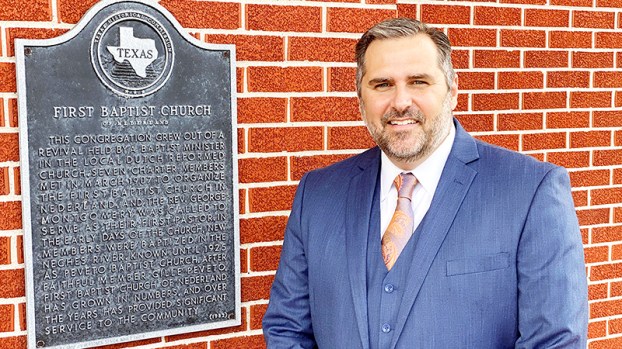 The Rev. Jason Burden of First Baptist Church of Nederland has been named the 2020 Community Builder Award recipient. In addition, he will soon take on a role as president of the Baptist General Convention of Texas. Courtesy photo

NEDERLAND — The Rev. Jason Burden’s wok with the community is no secret; from opening the doors of his church during disasters to helping the less fortunate.

This week the Nederland Masonic Lodge No. 1368 will honor him as the 2020 Community Builder Award recipient; the highest award given to non-Masons.

Terry Metreyeon, worshipful master of the Nederland lodge, called Burden an “all around good guy.”

The Community Builder Award is presented to people who exhibit qualities of a Mason, such as a caring heart and charitable disposition, he said. 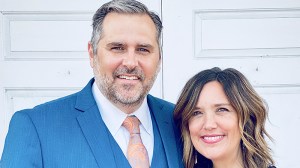 The Rev. Jason Burden of First Baptist Church of Nederland has been named the 2020 Community Builder Award recipient. In addition, he will soon take on a role as president of the Baptist General Convention of Texas. Courtesy photo

Metreyeon said the pastor of First Baptist Church of Nederland opened his doors after the TPC explosions in Port Neches and has worked to help others during hurricanes and other disasters.

“He is very active in helping the community, the poor and displaced, the needy and stressed,” Metreyeon said.

“The people that I know personally who won in the past, in my mind are giants as far as affecting the good in the community in their cities and towns,” Burden said. “I was really surprised when a few of them (Masons) came to tell me.”

Burden is humble about the award, saying it highlights some of the good work the church has done, not him.

The church opened its doors during Hurricane Harvey and allowed other organizations such as Texas Baptist Men, North Carolina Baptist Men and the Red Cross to come in and work together to help the community.

They also gave the Texas Rangers a place to stay in the church in the immediate aftermath of Harvey and an international team of Baptist disaster relief workers from Hungary.

This opening of doors was done over and over through different disasters.

“Disasters come, and we have the opportunity to respond and help overcome the tragedy that occurred in our community,” Burden said.

“This past year with COVID we were stretched to be creative to be a blessing. For July 4, we gave out 10,000 box fans. It was an incredible ministry.”

Creativity also came into play earlier this year when the pandemic caused the cancellation of Vacation Bible School and Easter Fest, usually held at Doornbos Park.

“But we want the community to know we’re still here and love you and want to serve you,” Burden said.

Burden, who has served as vice president of the Baptist General Convention of Texas, will officially be elected next week as president of the organization, which includes more than 5,300 cooperating churches from across the state of Texas.

He feels his role is to shine light on good things being accomplished together.

“It is a powerful witness when unified around a purpose,” Burden said.

NEDERLAND — The 29-year-old man who was shot and killed by a Nederland Police officer Tuesday night had allegedly failed... read more