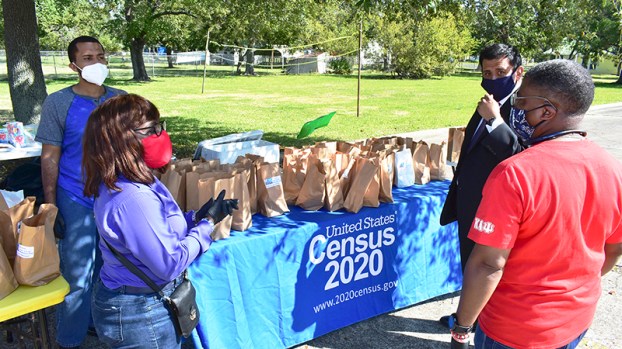 Members of Port Arthur’s Complete Count Committee were celebrating Friday after having all housing units and addresses accounted for in the city. 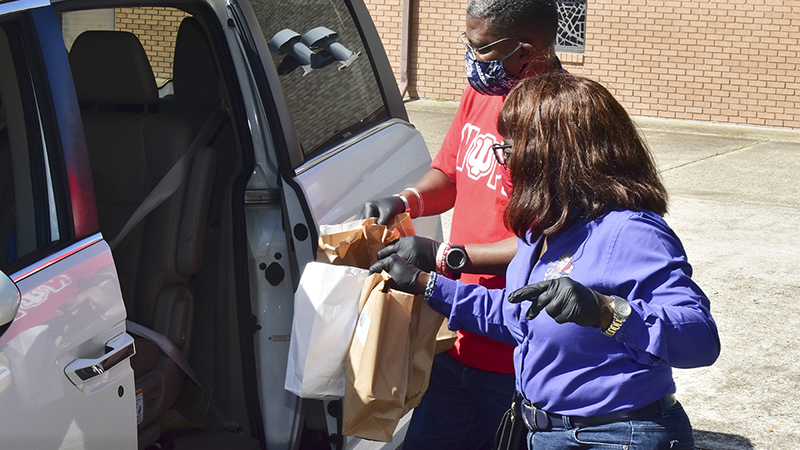 The city-commissioned organization held a drive-thru at Empowerment Church on Memorial Boulevard and gave away goodies including a small lunch, homemade honey and a U.S. Census Bureau swag bag.

The bureau announced Oct. 19 that 99.98 percent of all units and addresses had been checked off nationwide.

Like many cities, Port Arthur — which had a 51.6 percent self-response rate — used a Nonresponse Follow-up to track down those who had not self-responded to the census.

The federal government conducts a census every 10 years to determine the number of seats for each state in the House of Representatives and redraw congressional, state and local district boundaries, as well as allocate funds for cities. City officials stressed the importance of individual participation in the census in hopes that Port Arthur’s population would remain higher than 50,000.

“Really, it took us getting the citizens to engage in how important it was for Port Arthur that a lot of things — education, housing and health — depends on the census,” said Dr. Albert Thigpen Jr., who served as the Complete Count Committee chairman. “It’s not just something that we do. It’s incredibly important to get it done.”

In the Nonresponse Follow-up, which Thigpen called the enumeration process, census workers went door-to-door for those who had not self-responded, he explained.

The census was scheduled to be completed before April 1, but the coronavirus pandemic settled in March, forcing federal officials to extend the count to October. When the final population numbers will be released is unknown, but final numbers are due to President Donald Trump by Dec. 31.

“In the backdrop of the COVID-19 pandemic, people began to wonder, is it really important?” Thigpen said. “You had the elections and some other things going on. You had some social justice issues. All those things were taking front seat or front page. The census kind of slid to the back and people just didn’t do it. Some people said they knew if they didn’t do it when they got it, they knew it was going to slide to the back.”

Delena King served as community partnership specialist with the Census Bureau from February 2019 through the end of the count.

She tried to partner with the entire community to make sure there was a complete and accurate count.

“At the beginning of 2020, Dr. Thigpen and I were trying to go out and make sure we hit everyone in the community,” King said. “We formed a Complete Count Committee, and we are here to say ‘thank you’ to the citizens of Port Arthur for giving us a complete and accurate count.”

Korean barbecue fans have to wait a little while longer for a local fix to their favorite foods and flavors.... read more