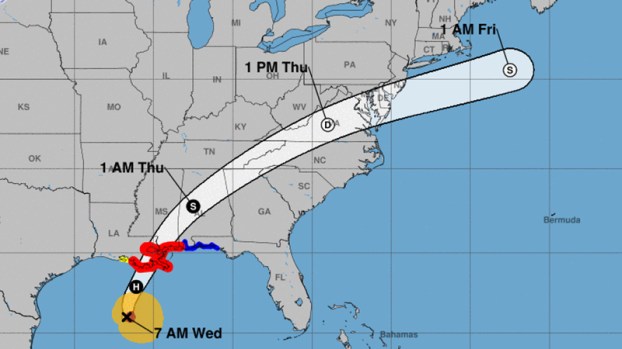 Zeta is moving toward the north near 17 mph.

A faster northward to north-northeastward motion is expected to begin later this morning.

On the forecast track, the center of Zeta will approach the northern Gulf Coast this morning and make landfall in southeastern Louisiana this afternoon.

Zeta will move close to the Mississippi coast this evening, and move across the southeastern and eastern United States on Thursday.

Some additional strengthening is forecast to occur this morning, and Zeta is expected to reach the northern Gulf Coast as a hurricane before weakening over the southeastern United States on Thursday. 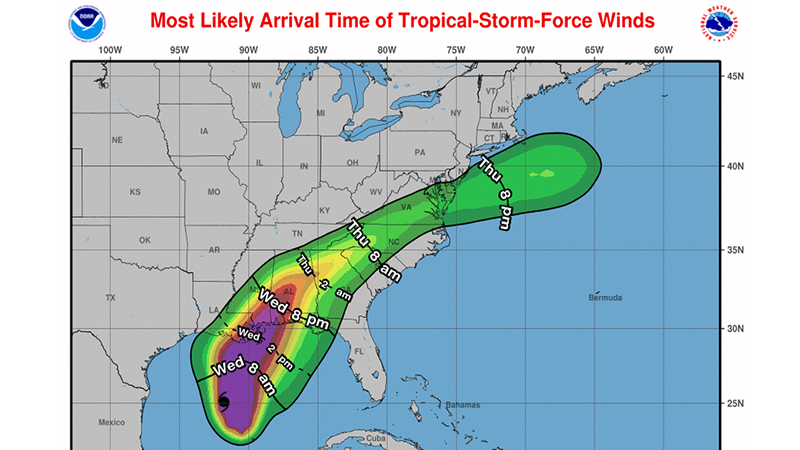 At 7 p.m. Tuesday, the center of Tropical Storm Zeta was located over the southern Gulf of Mexico, approximately 410... read more