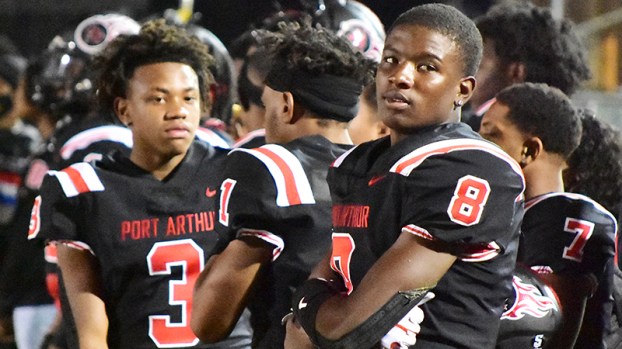 The Memorial Titans will travel to Galveston Ball to try to keep their record unblemished.

Kickoff is set for 7 p.m. Friday at Kermit Courville Stadium.

The Titans (4-0, 2-0 in District 9-5A Division II) are coming off another impressive defensive performance, beating Goose Creek Memorial 20-13 in Port Arthur.

“They played like we want them to,” head coach Brian Morgan said. “We have some good players over there and those guys are doing a good job of taking in the game plan during the week and executing it on Fridays. They run to the ball and they strike you. They create turnovers. That is what we have built this team around.”

Morgan said the Tornadoes’ starting quarterback was injured, leaving some mystery as to how Ball (1-3, 0-2) will move forward.

“We don’t really know what they are going to do on offense,” he said. “I think they may move one of their defensive guys to quarterback, but we don’t know. We are going to have to adjust on that end. They play multiple defenses and multiple fronts, which will tax our offensive line.”

The Titans average just more than 27 points per game, with many of the scores coming off big plays.

“We are fortunate to be very talented at all six skill positions on the field,” Morgan said. “All of those guys have the ability to do something. We try to get them in space. We just try to game plan ways to get them the ball.”

Morgan said his team has a little more confidence after its 4-0 start to the season.

“I think they feel pretty good,” he said. “We have to make sure we don’t get too high. You can’t listen to everyone in town that tells you that you are playing good. That can go away really quick. We have to go out and keep improving.”

The Titans will have a bye week following Friday’s game, but Morgan said he doesn’t believe the players are looking ahead.

“I don’t sometimes know if they even know there is a bye week,” he said laughing. “They just come in ready for the next game. I think some are just oblivious to that. They are really focused this week and looking forward to the game.”

Morgan said his team will prepare for the two-hour road trip as they would for any other road game.

Ball’s lone win of the season came in a 23-20 overtime contest against Texas City in the second week of the season. Since the Tornadoes have fallen 34-7 to Goose Creek Memorial and 32-14 to Beaumont United last week.

“They are playing hard, trying to get a district win,” Morgan said. “We are going to have to play hard for sure.”

The community has a chance to help a Port Arthur family grieving the senseless loss of a loved one. Just... read more