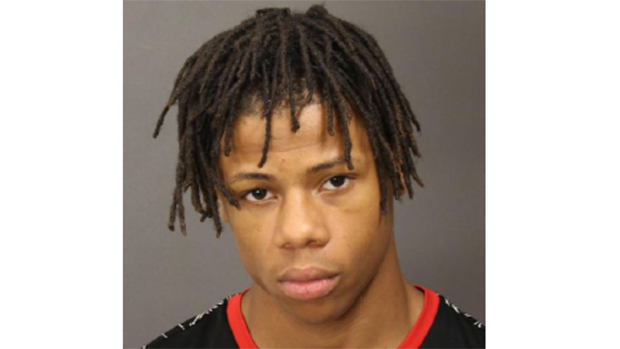 Keshawn Elam, 18, reportedly was involved in a verbal altercation with Davin Chatman, also 18, in Baytown that resulted in the shooting death of Chatman, according to information from Baytown Police.

Officers responded at 8:42 p.m. Sept. 26 after several calls of shots fired in the 5400 block of Hazel Street. Upon arrival they found Chatman shot several times. Baytown EMS pronounced the victim deceased due to injuries sustained in the gunfire.

Police contend Elam drove off in Chatman’s 2014 black, four-door Nissan after the shooting. The vehicle was recovered unoccupied by the Robertson County Sheriff’s Office near College Station.

Murder charges have been filed through the Harris County District Attorney’s Office. Elam’s whereabouts are unknown at this time, and Baytown Police investigators are asking for the public’s assistance with any information on Elam that could lead to his arrest.

Port Arthur Police Det. Mike Hebert said he could not comment on the case and deferred questions to police in Baytown.

Baytown Police Lt. Steve Dorris said based on information uncovered during the investigation, it is believed Elam has family and friends in the Port Arthur area, where he is originally from.

Dorris said it is possible for Elam to be in Port Arthur but police can’t say for certain.

Due to the nature of the crime, Elam is considered armed and dangerous, Dorris said.

Anyone who sees Elam is advised not to try to approach or apprehend him but rather contact the Baytown Police Department Homicide Division at 281-420-7181 or Baytown Crime Stoppers at 281-427-8477 (TIPS).