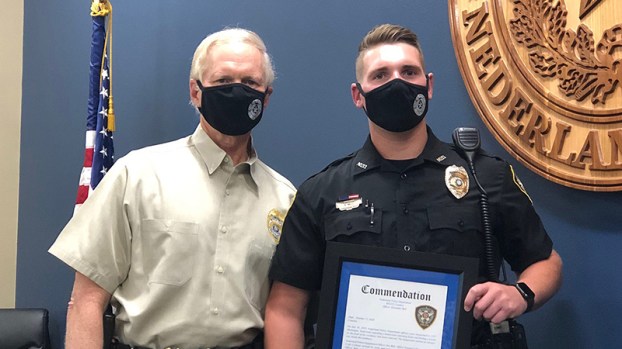 NEDERLAND — In a July interview with Port Arthur Newsmedia, Police Chief Gary Porter said, “we’re very lucky no one was killed” during his breakdown of a chase and arrest that took place in Nederland.

It was only days after the harrowing July 11 encounter that Porter said included a gunman pointing a firearm directly at police officers on multiple occasions.

Porter was relieved to report no shots were fired and an arrest was made.

Bell, especially, was singled out for commendation in front of the Nederland City Council.

“This makes my job really great,” Porter told council members. “I don’t know if we’ve ever done this before, but I want to tell you in 43 years of police work I have never seen an action like this.” 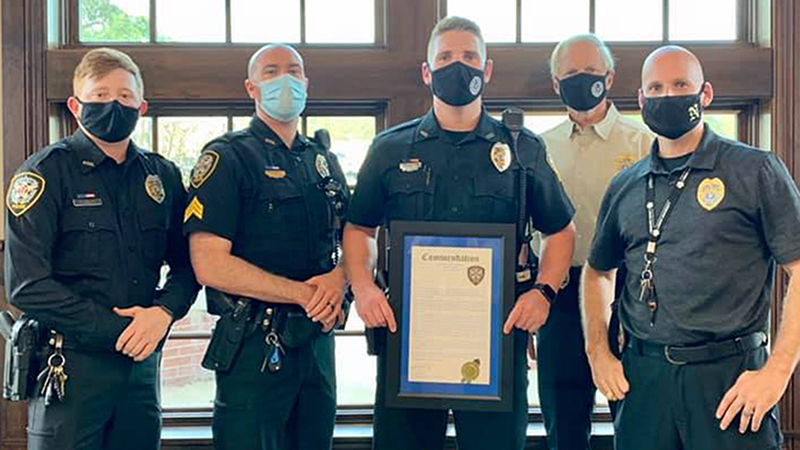 Nederland police were dispatched to 2307 Montaigne Avenue after a homeowner returned home at night to find a screen on the front of the residence removed.

Officers Bell, Collins and Corkran arrived to check for intruders.

Bell and Collins checked the hallway and a bedroom.

“At this time, an intruder jumped in front of the door and aimed a handgun at the officers,” the commendation reads.

Bell and Collins backed down the hall and attempted to negotiate with the gunman, who jumped out a window and ran out the backyard.

Nederland Police Department officers initiated a foot search, and Bell spotted a suspect, who fled from officers on foot, running south across FM 365.

Bell, “at great risk to his personal safety” the commendation reads, pursued the armed suspect south behind an apartment complex.

Ordered to stop, the suspect ignored, choosing to then point a handgun at Bell at least two more times, police said.

Bell caught up with the suspect, tackling him and placing him under arrest.

“The loaded handgun the suspect pointed at Officer Bell was recovered off the ground at the time the suspect was arrested,” the commendation reads.

“This act of brave conduct/valor attests to the character of Officer Bell as well as his commitment to the safety of the citizens of the City of Nederland.”

Mayor Don Albanese said actions like these makes all citizens proud of the police department.

“We know every day they put their own lives and selves at risk for citizens like me, and that proves we are top of the line,” he said. “I appreciate it. Thank you very much.”

Following the presentation, Bell said police responded to protect the homeowner, his property and “were able to take the suspect without anyone getting hurt, especially with guns involved,” which he described as a big deal.

“We appreciate all the support we’ve had in Nederland, especially with everything that is going on in the country,” Bell said. “It means a lot to us to have the support we have in this area.” 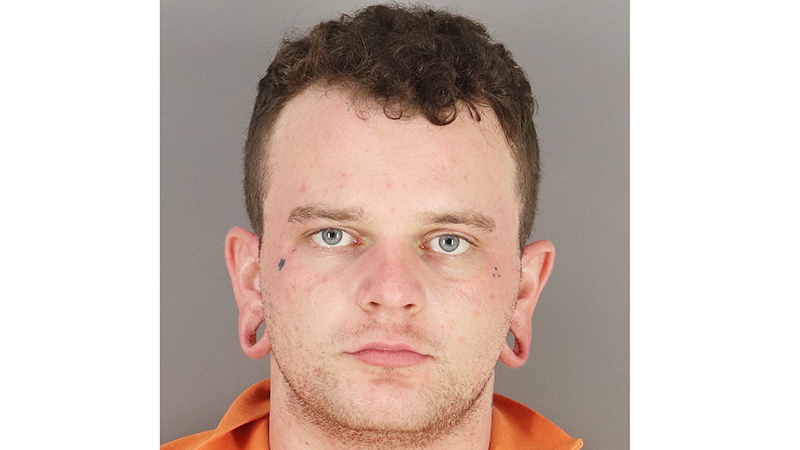 According to a probable cause affidavit for his arrest, a Smith and Wesson .40-caliber semi-automatic handgun was found at Rogers’ feet when he was arrested.

Olga Reasons directed car upon car as they drove through Barbara Jacket Park on Gilham Circle on Tuesday morning for... read more