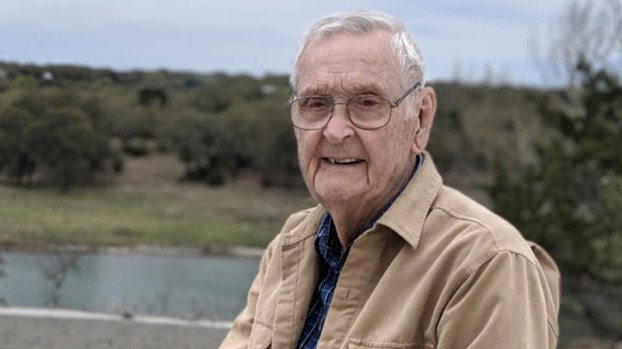 He passed away peacefully on Friday, October 9th while surrounded by family.

John and Patty Kasper were married for 67 years spending 20 years in the military traveling extensively.

Their travels included destinations in this country and abroad, having been stationed overseas in Scotland, Germany, and South Korea.

Upon military retirement in 1972 they settled in their beloved Wimberley valley, where he served as the Food & Beverage Manager for Woodcreek Resort during their “hey day” in the early 70s before eventually retiring.

He was known by all who knew him as an intensely kind and honorable man willing to help anyone in their time of need, never hesitating to
provide assistance to family and friends in need of a hand up.

John was also known as a Spiritual person.

He was baptized as one of Jehovah’s Witnesses, 1976.

He was zealous in using every opportunity to share his faith in Jehovah’s promises.

When able he served monthly as an Auxiliary Pioneer spreading the good news up to 60 hours in each month and was always available to help the pioneers.

He worked on many Kingdom Hall builds providing security, food service, cleaning, and helped in the construction of the Wimberley Kingdom Hall.

Online tributes can be left on his Facebook page at https://www.facebook.com/john.kasper.714655

Memorial Services will be held on Zoom, Saturday October 17th at 2pm.