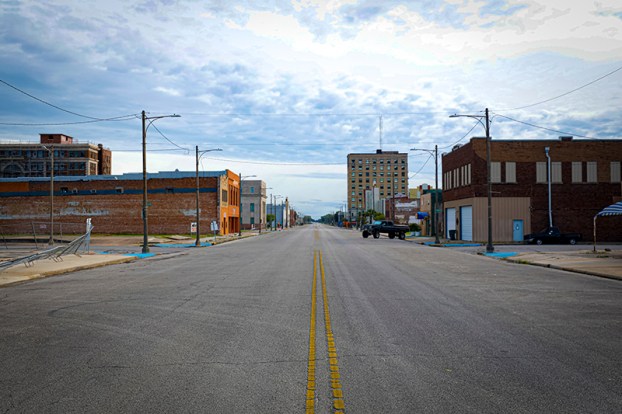 (Jerome Cabeen/Special to The News)

The city of Port Arthur is proposing a drainage infrastructure revitalization and improvement project that would give the downtown area a 25-year storm level of protection.

The city intends to apply for $97 million in Community Development Block Grant funding from the U.S. Department of Housing and Urban Development to improve drainage in the downtown area. Rehabilitation of historic buildings into new office space for Motiva Enterprises is ongoing in the area, and city officials say in a news release the funding would be designed to address mitigation needs “to ensure that the state of Texas is more resilient to future natural disasters.”

The funds, if approved, would be allocated through the Texas General Land Office.

Port Arthur Public Works Director Alberto Elefaño said Arceneaux Wilson & Cole has been selected as an engineer for the project. The city has until Oct. 28 to apply for funding, and Elefaño anticipates the approval will come by March.

“Once engineering is done, we’ll go out for bids and contractors will be invited to bid,” Elefaño said, asked about the work process once funding for the project is approved. “It’ll be done in phases.”

The city anticipates a multi-year, multi-phase project, but specifics won’t be known until contractors are selected.

In the wake of Hurricane Delta, Sempra Energy announced Monday its pledge of $100,000 to assist communities in Southwest Louisiana... read more