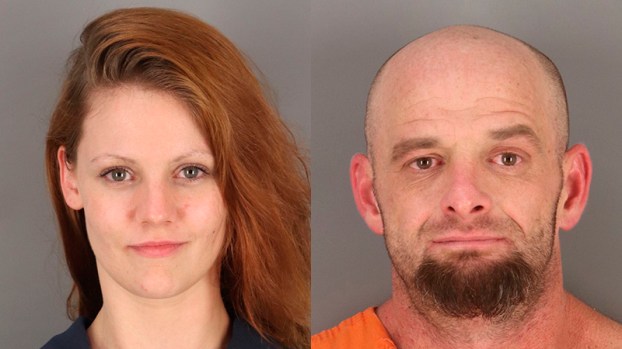 A Nederland man and woman who reportedly made a man sit in a corner while burglarizing his home were indicted by a Jefferson County grand jury this week.

According to the affidavits for their arrests, Haley Renee Mudd, 28, and Jason Demery Weatherford, 42, knocked on the front door of a home in the 1100 block of South 15th St. in Nederland and when the homeowner opened the door, the couple pushed their way inside.

During the June break-in, Weatherford reportedly forced the male victim into a corner and made him sit down while the female grabbed the victim’s phone so he could not call for help.

Weatherford then stood next to the victim while the female began going through the victim’s belongings.

The victim told police the robbers were looking for money and that the female took two credit cards from inside his wallet and his cellphone.

He gave a physical description of the suspects and added that they left in a black Nissan Frontier.

Police searched the area and found a Nissan Frontier belonging to Weatherford in the parking lot of Cherry’s, on Avenue H. Two people matching the description of the suspects were located inside the store.

The document states Mudd and Weatherford identified themselves to officers and authorities found Mudd was in possession of a cell phone and two credit cards she allegedly admitted belonged to the victim.

The victim was brought to the scene and positively identified the two as well as the credit cards and phone taken from his home.

Both have since bonded out of the Jefferson County Correctional Facility.

The role of a midwife can be key to the health of a pregnant woman. “The most important thing is... read more