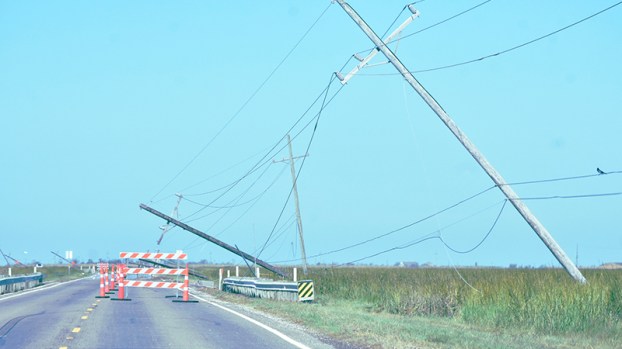 The bending of telephone poles on the northwest-bound side of Texas 87 just outside Sabine Pass seen the day after Hurricane Delta. (I.C. Murrell/The News) 10-10-20

SABINE PASS — A portion of Texas 87 between the industry area of Port Arthur and Sabine Pass has been reduced to one lane because of bent telephone poles on the northwest-bound side of the highway.

Barriers have blocked off less than a mile of the northbound lane, alerting drivers to assume the wires are still hot and dangerous.

The barrier begins less than a mile north of the intersection of Dowling Road and Broadway Street, where Texas 87 turns southwest toward Sea Rim State Park.

The row of bent poles, however, extends beyond the blocked-off stretch.

Drivers should exercise caution when traveling this road. 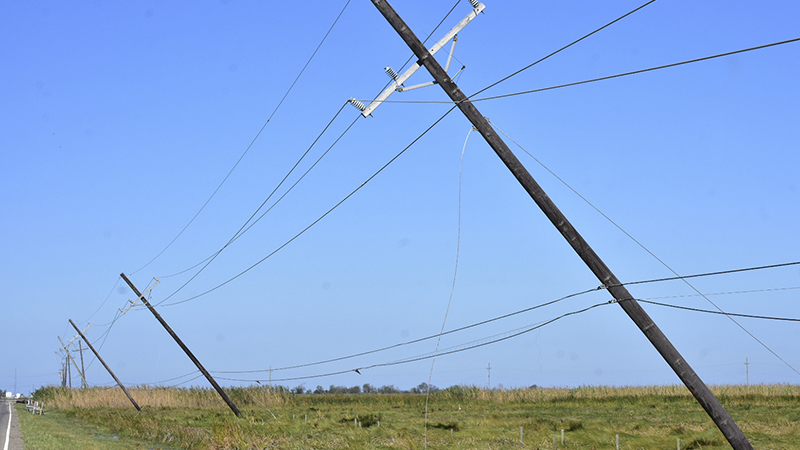