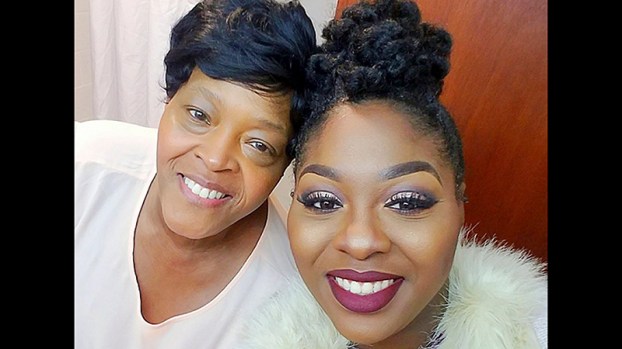 I am Ivy January’s oldest daughter of two, and there is so much that I could share about how great of a mother/woman she was.

I wish I could get it all on paper. My mom was a very loving, kind, independent woman. She also loved to tell jokes. She loved making her family laugh.

Though she loved joking around, she also believed in hard work and helping others in their time of need when she could. It made her sad to see people down. She would sacrifice her last to make sure the next person had and never expected it to be paid back.

She would tell them to “pay it forward.” That’s who she was as a mother, daughter, grandmother, sister, niece, cousin and friend. 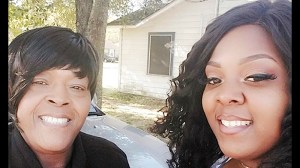 She was a well-respected Registered Nurse of 30-plus years who was very passionate about her patients’ care. She has worked in every hospital in the Golden Triangle.

People loved her. I can’t remember anyone saying one bad thing about her. Her spirit was very angelic and she had a smile that would light up the room when she walked in.

My mother was diagnosed with Breast Cancer three times. She first found out in 2009. It was very devastating to her and our family.

She approached her diagnosis with such grace and strength. She was determined to beat it! We kept up with the same positive energy.

She underwent 33 rounds of chemotherapy and radiation due to being diagnosed with Type 3 Metastatic Breast Cancer. They had to treat it aggressively.

She also had to get a partial mastectomy. She received treatments in Houston, Texas.

She came out of her treatments and surgery with a positive state of mind and a will to live. She began eating healthier and getting plenty of exercise. We celebrated with so much joy! We thought it was over.

When she was diagnosed in 2017 for a second time, the news hit our family even harder. The doctors discovered it had spread to the other side so she had to undergo yet another mastectomy.

Even still, after surgery, she had more fight in her. She had her days of being down, but as a family we made sure to always keep her confidence level where it needed to be.

Her four grandkids gave her more strength. We, together with the kids, kept her motivated at all times, and she continued to fight on.

2019 came and I remember the feeling of hearing the diagnosis a third time as being “hit by a Mack truck.” I remember my family all hugging and crying in the parking lot.

The doctor told her the cancer had spread to her lung. Although there was a lot of sadness during that time, we still kept strong for her and kept her going.

In a matter of months, my mom fell at my home. She’d had a seizure and a stroke at the same time. I remember calling the paramedics and screaming.

It felt like my soul left my body. I had never seen my mother like this. My fiancé kept my mom calm and rolled her to her side to keep her in a safe position.

The paramedics arrived, and I rode with her in the ambulance to the hospital. The doctors ran tests and came back to tell us horrible news.

The cancer had spread to her brain, and she had four to six months to live. My family felt defeated, but yet we still had some fight.

My mom was placed on hospice care at my sister’s home because she wanted to be around family. My sister and I made a promise to her since we were kids to never put her into a nursing home. We kept our promise.

Our family had to be strong for her, so we took care of her. She was still INDEPENDENT and fought to do things for herself even though her range of motion was limited.

She fought through the pain to try to care for herself as much as she could. She always believed in “doing for yourself.” Me and my sister have INDEPENDENCE engraved in our souls because of her.

Our family copes by talking and thinking about her daily. I have hard days and even harder days. I still cry often. Remembering the good times with her keeps me going.

It is especially hard because my wedding is coming soon, and she is not physically here to celebrate with us. She highly approved of my fiancé, as he was there helping through it all. She loved him and he loved her!

Even though she will not be there physically, she will be there spiritually.

We will commemorate her life and we will have pictures in the form of two lockets in my bouquet. That will be just what I need to help me get through that day.

She will be near and so very dear to me for the rest of my life.

To our beautiful Ivy, we love you and miss you dearly, “to the moon and back!”

Dollisha Broussard is a full-time mom and owner of Dollish Vibez Makeup Artistry.—

Hurricane Delta is moving northwestward over the Gulf of Mexico, and hurricane conditions and life-threatening storm surge impact is expected... read more