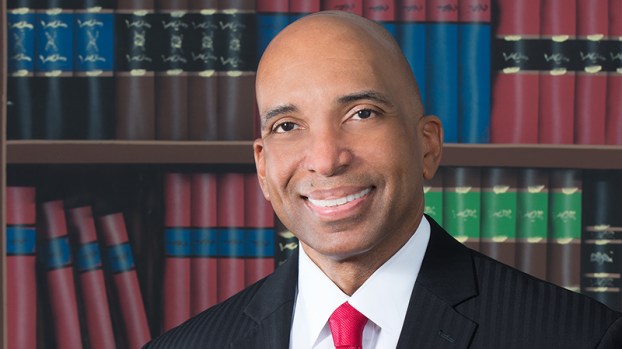 Early voting begins Oct. 13, 2020. I am urging every person to vote in this election.

Some may ask, “Why is the Superintendent concerned about voting?”

The answer is simple, voting is not only a civic responsibility, but it affects everything from the free breakfasts and lunches we provide to every child of PAISD to the local, state and federal funds we are provided to educate the students.

It saddens me when I hear folks here celebrate a great turnout of only 50 percent of registered voters, while I see people in other nations standing in line to vote. I hear world news reports of people losing their lives just for a chance to cast a ballot.

While in America the responsibility is taken for granted and efforts to restrict voting opportunities are ignored. One of my employees, ‘Ana,’ who is a naturalized citizen, shared with me, “It is a privilege and an honor for me to vote in every election.”

She recalled that when she first became a citizen of this country, the thing that she most looked forward to was being able to vote for the first time in the 1992 Presidential election.

There are 31 days left before we hear the results of the 2020 Presidential Election. I believe, for many reasons, that the 2020 election is one of the most important elections in my lifetime.

This election will set the course for the future years to come. Elections are not uncommon to us. We experience local and state elections yearly. But it is something about this Presidential Election that weighs heavy on my heart.

Maybe it’s the lessons that I have learned during COVID. Lessons like the inequalities in a governmental system that I naively believed would look out for everyone and the political games that have been played with people’s lives. Maybe I’m just ready to see a better tomorrow for our children.

Election Day should be a day that every American is proud to exercise his or her right to vote. Everyone should be eager to make their voices heard and celebrate an exercise of freedom that many countries do not have.

“Unlike my communist country and other communist and socialist countries, in the United States of America, we get to experience democracy at its best, when we exercise our right to vote,” stated Ana.

In a democracy, civil liberties and political freedom are respected, and the people have a say so in who is elected to power. Ana voiced that in a communist dictatorship, “We do not get to choose who to vote for President or local mayor, we are told for whom to vote.”

Whatever and whomever you choose to vote for, is not my concern, I am asking everyone to just vote. Vote by mail or in-person, just vote.

For whatever reason, many will still choose not to vote. The recent voter turnout in our county in the 2018 election was 52 percent of the registered voters. Many were thrilled with the turnout – even though it meant that 48 percent of registered voters did not participate.

This doesn’t even take into account the thousands of residents who didn’t even bother to register. Our freedom demands an active, engaged and educated population. It is up to each of us, to pull our family, friends and neighbors along with us to the polls.

What would our country look like if only 50 percent of children in each household attended school? What if only 50 percent of able-bodied men and women chose to work and provide for their families? Where would we be as a country? Maybe in the same situation as our country, where inequality and confusion run rampant.
Everyone’s vote will count. Those who choose not to vote will cast the loudest votes of all. When you stay home, you vote to elect bad leaders who don’t care about what is best for all Americans.

Our government doesn’t reflect the majority of Americans; it reflects the majority of the small number of Americans who participate in the election process, either as candidates or voters. A low turnout means important national, state or local issues are determined by a limited number of voters, so that is why your vote is even more significant, now more than ever.

This is not a partisan plea; it is a call for everyone to participate in their civic duty. As Plato said, “One of the penalties for refusing to participate in politics is that you end up being governed by your inferiors.”

We need more people involved in the entire process. I believe that children who have witnessed their parents vote are more likely to vote. As parents we have to be the example for the next generation.

We have seen a recent energy from our younger generation in political involvement, peaceful protests and calls to rally for justice on social media. We have to turn that energy of the next generation into action.

We have to impress on the generation of today that change happens at the ballot box. Let’s march to our polling locations with the energy and urgency the time and circumstances demand.

Dr. Mark Porterie is Superintendent of Schools for the Port Arthur Independent School District. He can be reached at mporterie@paisd.org.

While watching the game between Port Arthur Memorial and Port Neches-Groves this past Friday (Sept. 25), I thought I was... read more