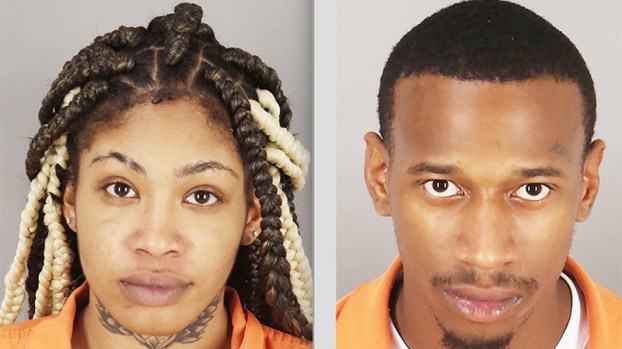 Groves woman 1 of 2 arrested after girl, 16, says she was used as prostitute

A welfare check at a Beaumont hotel led to the discovery of a 16-year-old female believed to be the victim of human trafficking.

Earlier this week, a Groves woman and Beaumont man were indicted for the charge.

The discovery occurred June 4 when Beaumont Police were dispatched to Executive Inn, 4085 I-10 South, for a welfare check of a 16-year-old female that was possibly being held against her will, according to the probable cause affidavit.

Officers checked the area and learned she was seen near a particular room; when they checked the teen was there along with Paige Alexandria Sidney, 20, of Groves, and Darrell Gerard Jordan, 22, of Beaumont.

Officers contacted detectives with the Special Crimes Division, who responded to the scene.

The victim said she met Sidney and Jordan several weeks ago at the hotel and shortly after Jordan took photos of her and posted to websites known for selling sexual services in exchange for money.

Jordan, the victim said, controlled the meet-ups with “Johns” receiving the text messages and setting the price for the sexual service to be completed and coordinate the location and time of the “date.”

After the sexual encounter, the victim would give all the money to Jordan.

The victim also stated one time after a sexual service Sidney struck her in the face for not collecting the money. Sidney and Jordan threatened the victim with violence, authorities allege.

She also stated there were numerous “dates” during the time with the duo.

Officers at the scene reportedly discovered firearms, narcotics and a large sum of money.

Evidence in the form of ads were also collected from a known prostitution website. Provocative photos of the victim were found in the ads, and sexual services were offered on this site in exchange for money.

Sidney is in the Jefferson County Correctional Facility on two $1 million bonds for trafficking of person.

Jordan is also in the Jefferson County Correctional Facility on two $1 million bonds for trafficking of person.

Additionally, Jordan faces a charge of possession of firearm by felon with a $150,000 bond.

BEAUMONT — For the second straight week, the Port Neches-Groves Indians staged a scintillating comeback after falling into a big... read more