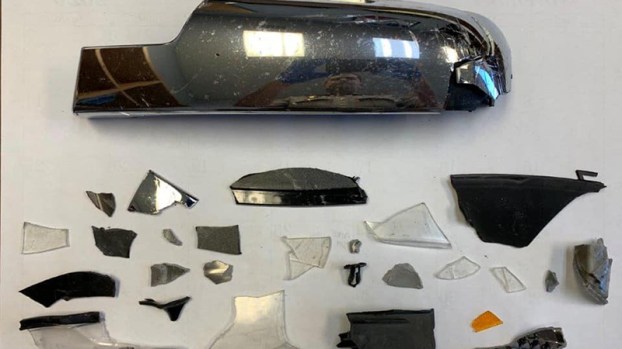 The Texas Department of Public Safety released this picture of items taken from the scene of a fatal auto-pedestrian crash.

Police have released a possible description of a suspect vehicle involved in a hit-and-run fatality of a Port Neches man.

Sgt. Stephanie Davis said the vehicle involved in Tuesday night’s auto-pedestrian fatal collision on Interstate 10 is believed to be a 2007-2014 Champagne-colored Chevrolet Tahoe/Suburban.

The vehicle will have damage to the front right bumper, headlight and passenger mirror.

Anyone with any information should contact Texas Department of Public Safety Communications at 936-699-7340. 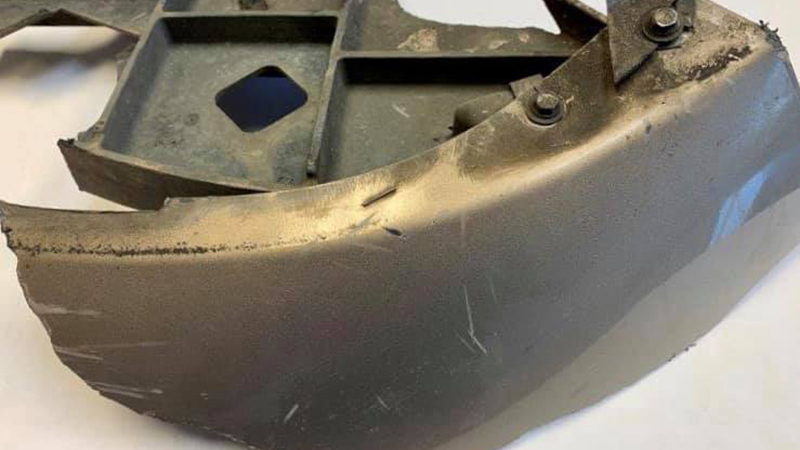 The pictured item was taken from a fatal crash Tuesday evening.

On Tuesday at approximately 9:45 p.m., DPS Troopers responded to an auto-pedestrian crash on Interstate 10, near mile marker 839, in Jefferson County.

The preliminary crash investigation indicates a pedestrian was walking on the eastbound improved shoulder of Interstate 10.

The pedestrian was struck by an unknown vehicle.

The deceased victim, a 41-year-old Port Neches resident, was pronounced dead by Justice of the Peace Ben Collins at the scene.

DPS is asking for the public’s help with any information that will lead to the location of the vehicle and/or the driver involved in this fatal crash.