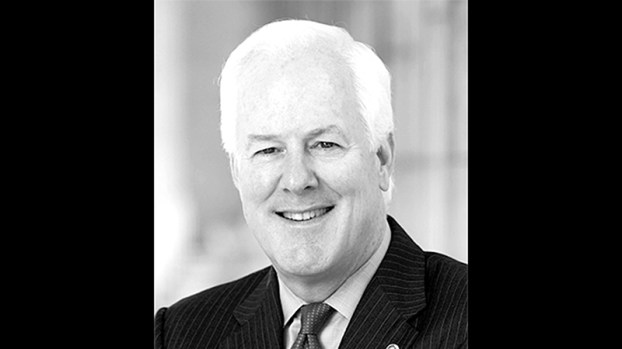 With fewer cars on the road and planes in the sky, demand for Texas’ greatest natural resource has hit an all-time low. Since the start of the pandemic, our country has lost more than 118,000 jobs in the oil and gas industry.

The oilfield services sector, which includes oil rig and fracking crews, has been the hardest hit, accounting for nearly 60,000 Texas jobs. In the Permian Basin, where local economies are tied to the success of oil and gas, the consequences cascade through nearly every sector.

Right now, we have hope that once daily commutes and non-essential travel resume, those workers will be back on the job and our economy will rebound. But if our country were to implement the energy policies of leading Democrats, that hope would altogether disappear.

Democrats at the top of the ticket and on down have proposed a fracking ban to move America toward arbitrary net-zero emission deadlines. This ban, they suggest, would push our country to run on renewable energy sources, which accounted for only 11 percent of our energy consumption last year.

Not only are these policies entirely unrealistic, they would also spell out economic disaster for Texas.

If the U.S. banned fracking, the energy workers who were laid off during the downturn this year would never return to their jobs, and the losses wouldn’t stop there. A study by the U.S. Chamber of Commerce estimates this ban would cost our state nearly 3.2 million jobs by 2025.

The annual cost of living would jump by $7,280, unemployment would skyrocket, tax revenue would plummet, and the pre-pandemic economy that made us the envy of the world would never recover.

More than a century ago when the world relied on horses for transportation, we faced a different type of environmental crisis, documented in the book SuperFreakonomics.

Horses in New York City were producing around five million pounds of manure a day, creating a strain on sanitation systems and a risk to public health. The problem wasn’t solved by a government ban on horses, but by innovation.

The advent of the internal combustion engine saved the city from disaster and changed American transportation forever.

Texas’ all-of-the-above energy strategy is proof that you can promote innovation while harnessing the power of traditional energy sources.

In addition to leading the U.S. in oil and gas production, we’re also the number one producer of wind energy. Innovators and job creators across the state are investing in the research and development of technologies to take our most prevalent and affordable energy sources and make them emission free.

One great example I’ve seen in-person is the first-of-its-kind power system at the NET Power plant just outside of Houston in in La Porte, which uses natural gas to generate zero emissions electricity.

In the Senate, I’m fighting to give this generation of visionaries the freedom and resources to innovate and revolutionize the energy sector.

That’s why I introduced legislation called the LEADING Act, to incentivize the research and development of carbon capture technology for natural gas, and support energy innovation. That’s how we can keep costs low for taxpayers and continue this revolution in the energy sector.

While securing a strong foundation for tomorrow, we must also support the thousands of Texas energy workers whose lives have been upended by this downturn.

With these men and women in mind, I recently introduced the SAVE Jobs Act to help energy producers maintain their workforce and keep more Texans on payroll. This legislation also helps producers invest in their infrastructure now, so they’ll have the ability to support the increased demand when it finally returns.

That supports not only oil and gas jobs, but construction, manufacturing, and the long line of suppliers and contractors they support.

Amid so much uncertainty we can’t afford to add an energy crisis to the list, and that’s precisely what anti-fossil fuel Democrat policies would do.

The government doesn’t need to play savior – it needs to invest in the energy producers and job creators that are powering our communities today, and developing the technologies of tomorrow.

Senator John Cornyn is a Republican from Texas and a member of the Senate Finance, Intelligence and Judiciary Committees. He can be reached at 713-572-3337.

Sometimes the will to help others is a driving force making the difficult become doable. Take for instance the Knights... read more