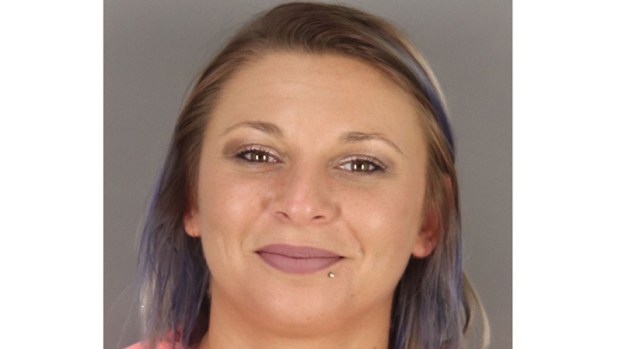 Indictment: Victim slaps gun from face before it fires

GROVES — A Nederland woman has been indicted for deadly conduct after police say she pointed a gun at another woman who then pushed the weapon away before it discharged outside of a Groves apartment complex.

The indictment was handed down this week by a Jefferson County grand jury.

According to the probable cause affidavit for her arrest, a female victim was visiting Amber Park Apartments, 5305 Gulfway Drive in Groves, on May 22 with the ex-boyfriend of the accused, Jordan Rhianne Carter, 25.

The victim and the male had returned to his apartment to find Carter and another female taking property from the apartment, the affidavit read.

That’s when, police said, the male and Carter began to argue; the male began walking up the stairs to his apartment and was being followed by the suspect who had a handgun in her waistband.

The female victim reportedly grabbed the suspect to prevent her from following the male upstairs with the gun.

A struggle ensued and the accused pulled the gun and pointed it at the female victim who, the document stated, slapped the gun barrel away from her face and the gun fired.

Carter then lost control of the gun and it was seized by the male, who later gave it to responding police officers.

The bullet was not located anywhere in the complex.

Carter was arrested for deadly conduct on Aug. 24. Bond was set at $25,000 and she was released the same day.

NEDERLAND — One dress rehearsal on the new Bulldog Stadium turf was all Rene Cunningham needed to show off his... read more