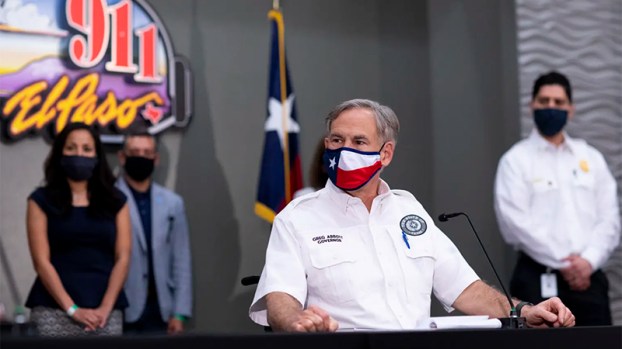 Gov. Greg Abbott announced Thursday that most of Texas will be able to loosen some coronavirus restrictions, including letting many businesses increase their capacity to 75%, as soon as Monday.

The standard that Abbott unveiled applies to the 19 out of 22 hospital regions in the state where coronavirus patients make up less than 15% of all hospitalizations. In those 19 regions, businesses that have been open at 50% capacity will be permitted to expand to 75% capacity — a group of places that includes retail stores, restaurants and office buildings. Hospitals in those regions will also be allowed to offer normal elective procedures again, and nursing homes can reopen for visitations under certain standards.

The three hospital regions excluded from the new reopening stage are in the Rio Grande Valley, Laredo and Victoria. Abbott said those regions’ hospitalizations are still “in the danger zone.”

At the same time, Abbott said the state was not yet ready to reopen bars, saying they are “nationally recognized as COVID-spreading locations.” He stressed, though, that the state is looking for ways to let bars reopen safely.

Abbott unveiled the new standard during a news conference at the Texas Capitol that marked Abbott’s first major announcement about the reopening process since early summer. In late June, Abbott shut down bars and ordered restaurants to scale back to 50% capacity as case numbers started to surge.

A few weeks later, key coronavirus metrics began to trend downward. Those statistics include daily new cases, daily new deaths, hospitalizations and the positivity rate. For example, the state reported 3,249 hospitalizations Wednesday, a drop from several days in July when the tally was above 10,000 but still higher than springtime numbers than hovered around 2,000 or lower. Also on Wednesday, the seven-day average of daily new cases was 3,415 — again, a significant decline from July highs but still clearly above the levels in April, May and June.

Still, there have been regular questions about the reliability of the state data. On Monday, state health officials announced they were changing the way they calculate the positivity rate — the ratio of cases to tests — an acknowledgment that the previous method was flawed.

Democrats noted the data issues in their pushback to Abbott’s news conference.

“Gov. Abbott’s press conference today was notable for what he didn’t say,” state Rep. Chris Turner of Grand Prairie, who chairs the House Democratic Caucus, said in a statement. “There was no mention of a contact tracing program, no mention of improving the state’s unreliable data and no mention of expanding Medicaid to increase access to health care for the millions of Texans who are uninsured.”

The Texas Democratic Party said Abbott is “basing his decisions on dirty data.”

Abbott began the news conference hailing the state’s progress in the fight against coronavirus, saying the “biggest reason” for improvements has been that Texans are taking the pandemic seriously and exercising personal responsibility.

The governor reminded Texans that doctors have said the goal is not to eradicate the virus but to “contain the disease, to limit its harm and to maximize the health care system’s ability to treat both COVID patients as well as other medical needs of the community.”

When it comes to further reopenings, he emphasized the state will consider all data but “rely most heavily” on hospitalizations, calling that metric the “most important information about the severity of COVID in any particular region.” It is also the “most accurate information available on a daily basis,” Abbott said.

In addition to stores, restaurants and offices, the business that will be able to shift to 75% capacity on Monday include manufacturers, museums, libraries and gyms.

As for elective procedures, Abbott said the restoration is effective immediately. In early July, also as part of Abbott’s response to the statewide surge, Abbott expanded a ban on elective surgeries to cover more than 100 counties across much of the state.

After Abbott’s news conference, the state Health and Human Services Commission detailed the new visitation rules. They allow residents to designate up to two “essential family caregivers” who will be trained and then permitted to to go inside a resident’s room for a scheduled visit. The designated caregivers do not have to socially distance from the resident, but only one is allowed to visit at a time.

— By Patrick Svitek of The Texas Tribune, a nonpartisan, nonprofit media organization that informs Texans — and engages with them – about public policy, politics, government and statewide issues.

The leader of the Port Arthur Community Action Network is pushing for more employment of Port Arthur citizens and interaction... read more