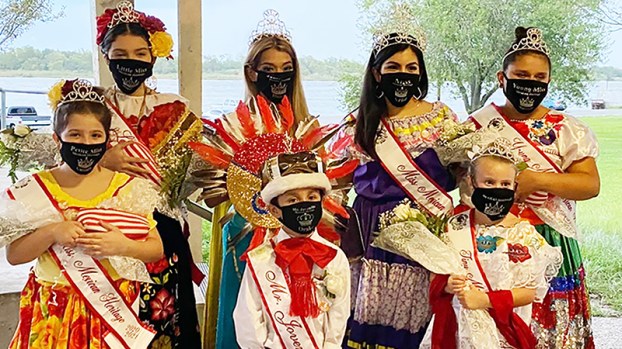 With their reign cut short by COVID-19, the Mexican Heritage Scholarship Pageant royalty will have a second chance to fulfill their duties and wear their crowns.

The pageant board met and extended to them the chance to reign one more year.

Miss Mexican Heritage Queen Ariel Wimberly is pleased to be able to serve as queen another year.

“When we were first crowned in September last year we didn’t think a pandemic would affect the whole year,” she said. “When we were told there’d be no Fiesta, Ms. Zita (pageant coordinator) asked us if we wanted to go another year. It sounded good because it can make-up for the year we didn’t have. It’s like a second chance, an opportunity to be able to go out in the community and play the role as queen.” 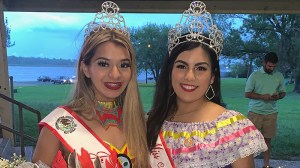 Wimberly, like other members of the Mexican Heritage royalty, have been busy of late collecting donations for the victim’s of Hurricane Laura.

Wimberly is a student at Lamar University in Beaumont majoring in speech pathology.

Royalty typically take part in a number of activities from public appearances and representing the Mexican Heritage Society to community service projects.

Holding the title of junior miss means setting a good example for younger children, showing them how to act, Elaina Escobedo said.

She strives to be a role model like her mother, Zulema.

Officials with the Mexican Heritage Society hoped to go forward with the annual Fiesta in September but decided the risk of COVID was too great and canceled the Fiesta and the pageant.