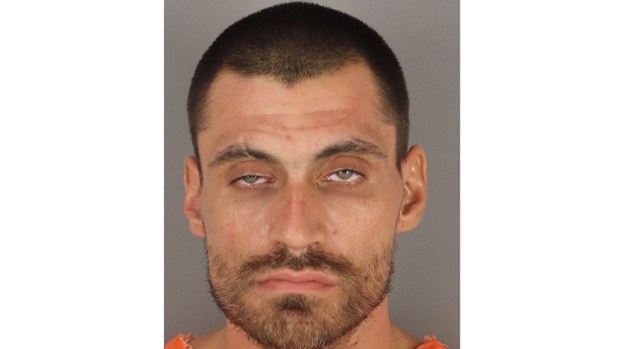 A local man is accused of stealing a tractor, stalling out on Hillebrandt Bridge and carjacking an elderly man during an early morning crime spree, authorities said.

Jefferson County Sheriff’s Office deputies responded to FM 365 at the Hillebrandt Bridge in reference to an aggravated robbery just after 7 a.m. Monday.

Investigation revealed a man had stolen a John Deere tractor just minutes earlier from a nearby ranch.

Also taken in the theft were two handguns, the Sheriff’s Office said.

According to witnesses, the thief was unable to drive the tractor up the bridge, causing vehicles to come to a stop and begin backing up.

The armed man got off of the stalled tractor, police said, and “ran up to an elderly male motorist and stole his truck at gunpoint.”

The assailant was last seen Monday morning heading towards Port Arthur in the stolen truck.

The victim was not injured.

The stolen vehicle was later recovered in Port Arthur.

During the investigation, Jefferson County Sheriff’s detectives developed a lead on the suspect, and Monday afternoon an arrest warrant was issued for 33-year-old Garrett Piazza of rural Jefferson County for aggravated robbery.

Garrett was arrested at approximately 6:30 p.m. Monday in Beaumont.

Bond for the aggravated robbery is set at $500,000 and the bond for unauthorized use of a motor vehicle is set at $250,000, according to information from the Jefferson County Correctional Facility.

NEDERLAND — Wanda Nicklebur remembers the sights, smells and noises of the Nederland Heritage Festival. She walked and worked along... read more