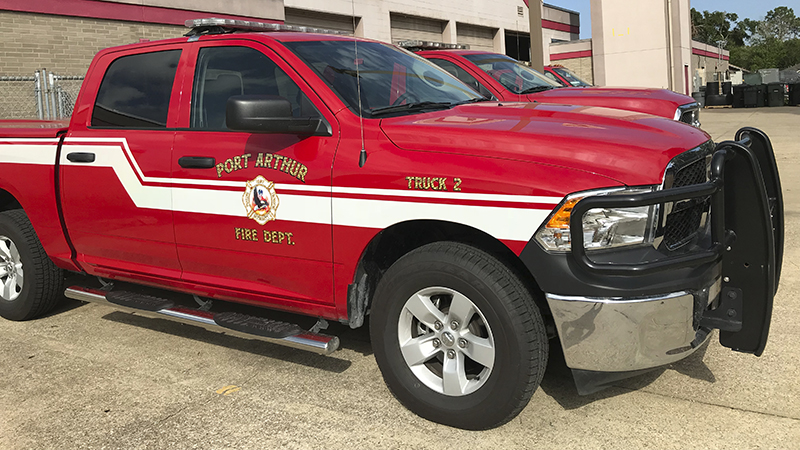 Heroes walk among us daily, though we may not realize it.

And sometimes even the heroes don’t immediately know the final conclusion to their works.

Port Arthur Fire Capt. David W. Prevost recently made a post on the fire department Facebook page telling of a tense call made on the morning of Sept. 4, 2019.

Engine 2 responded to a call of difficulty breathing and found a 65-year-old woman on the ground with a 60-year-old man assisting her. The woman was alert and oriented but went into full arrest when personnel were obtaining vitals information.

The team went to work quickly; CPR was immediately initialized with EMS arriving and Engine 1 arriving after being out on hydrant and district survey/maintenance, Prevost wrote.

After Advanced Life Support Interventions, the woman’s circulation and breathing returned with continued assisted bag valve mask ventilation continuing. A firefighter rode aboard the EMS to the Medical Center of Southeast Texas.

“The reporting of the “save” was long in coming, due to lack of information as to the final outcome of the FD and EMS actions,” he wrote.

Fast forward one year to the day later — Sept. 4, 2020. Prevost was working overtime and stopped at Fuel Depot at Grannis Avenue and West Gulfway Drive for a soda and began talking to a couple of young boys who was with their grandmother.

The woman turned to see who was talking with her grandsons and noticed Prevost was with the fire department.

That’s when she asked which fire station he worked at and he responded No. 2 station on Grannis and West Thomas. He asked her address and to his surprise she was the lady who the fire department saved the previous year. She thanked Prevost for saving her and he explained it was a joint effort between his fellow firefighters, himself and the EMS.

“I think I was more elated to see her standing and talking to me than she was to see someone who saved her,” he said.

Hero stories like this happen on a daily basis here and across the state and nation, and many times the general public are unaware of them.

Yes, the firefighters chose to do this job that puts them in danger and makes them responsible for doing all they can to save lives. We owe them thanks.

Mary Meaux is a news reporter with Port Arthur Newsmedia. She can be reached at mary.meaux@panews.com.