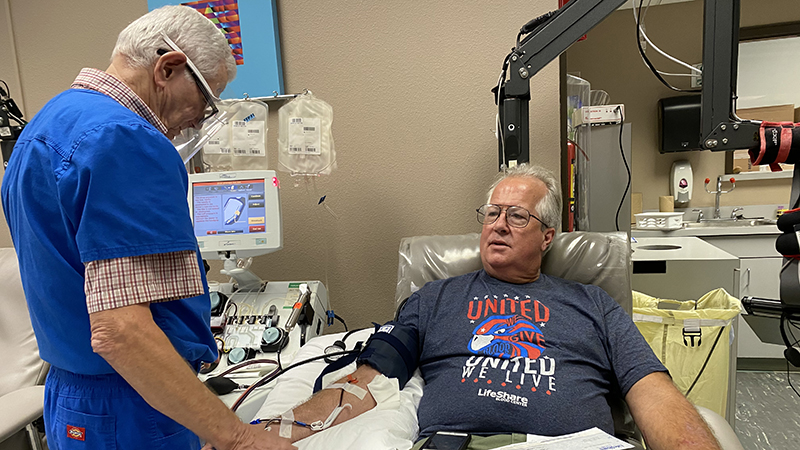 John Pletcher, right, gets his blood taken at the LifeShare Blood Center in Beaumont to kick off the center’s partnership with Port Arthur Little Theatre. (Cassandra Jenkins/The News)

The Port Arthur Little Theatre is partnering with the LifeShare Blood Center to host a blood drive prior to their upcoming production of ‘Robin Hood’.

Director John Pletcher said giving blood is a passion of his.

“I’ve donated with LifeShare so long that I’ve given close to 15 gallons,” he said. “So I reached out to see about scheduling possibilities for a blood drive. Tiffany answered and came on board quickly. She got it approved the same day.”

Tiffany Ibarra, account manager for LifeShare, said they are always looking for people to hold blood drives, which has been a challenge because of COVID-19.

Some regular blood drives have canceled.

“Our refineries, our big industries, are not allowing outside people on their site,” Ibarra said. “That has been awful, so we were very excited to have someone new say ‘Hey, let’s have a blood drive!’” 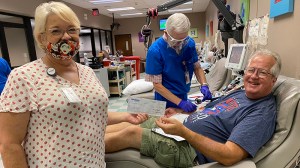 Pletcher said he felt like giving blood tied in perfectly with the theme of the theatre’s upcoming show.

“When I got the chance to direct ‘Robin Hood’, and it kind of tied in with the theme of giving things to others that you don’t think about, it just worked together,” he said. “We want to give to people because I always look at it as, you may not be a superhero or Robin Hood, but what you are doing is helping someone. Just 10 minutes to give a pint of whole blood can help 2-3 people. It’s such a simple thing to do.”

LifeShare is in critical need of blood.

“The blood that we are collecting is not staying here very long, at all,” Ibarra said. “It’s going to the hospitals. I always think of it as you aren’t giving to LifeShare, you are giving it to patients in the hospitals that need blood.”

Ibarra said the Beaumont Blood Center closed for two days and is now operating for Southeast Texas and Southwest Louisiana.

“Our center in Lake Charles is down,” she said. “They are trying to get back on their feet, but that community has suffered so much devastation that they can’t take blood for the next several weeks. We are collecting not just for us, but for them as well.”

Pletcher said the partnership is all about helping each other out.

“We’re a community theatre, they are a community blood share and when they get hit everyone pulls together to help in whatever way they can,” he said. “This is just how we are helping.”

Port Arthur Little Theatre will host the blood drive on Sept. 25 and Oct. 2 from 2-6 p.m. in the theatre’s parking lot. Participants who give blood will receive a half off ticket to use for any upcoming production.

Residents wishing to donate cannot be on antibiotics or blood thinners and must bring a valid photo ID. Prior COVID-19 patients can donate after exhibiting at least two weeks with no symptoms. 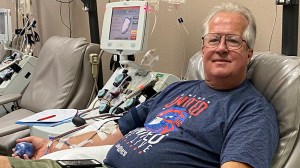 Ibarra said she hopes to see plenty of people there.

“If more people would donate at least once a year we wouldn’t get into these crisis that we find ourselves in,” she said. “So it feels very good to have someone come to us wanting to help instead of the other way around, especially from someone like John, who is a dedicated donor. He understands our need and I am very grateful to him and the community.”

The LifeShare Blood Center in Beaumont, 4305 Laurel Avenue, is also collecting supplies and money for Lake Charles employees that lost their homes and livelihoods during the storm.

The blood drive takes place before Port Arthur Little Theatre’s rendition of “The Adventures of Robin Hood,” which debuts on Sept. 25 at 7 p.m. It will run for two weekends.

The theatre is located at 4701 Jimmy Johnson Blvd.