B.B. from Port Arthur Asks: During the power outage we experienced during Hurricane Laura, which disabled the majority traffic light intersections within the city of Port Arthur, I observed many motorists didn’t know what to do at the blacked out intersection. They are even more dangerous by those who completely ignored the intersection and ran through without stopping their vehicle. Would you please remind ALL motorists what’s the proper driving procedure when they approach an intersection where the lights are not functioning? 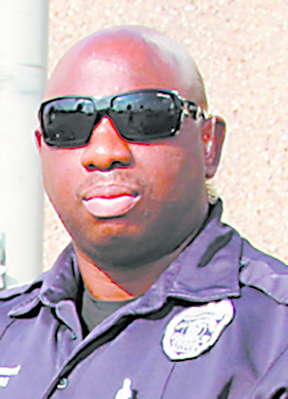 Answer: Some motorists were having difficulty adjusting to the non-functioning intersections during the recent power outage. Motorists should only travel the roadway when absolutely necessary during a power outage to reduce the risk of a crash/injury. ALL INTERSECTION lights that lost power AUTOMATICALLY become STOP SIGNS. Every motorist is required to bring a vehicle to a complete stop as you would at a stop sign and yield the right of way until it’s your turn to enter the intersection. Keep in mind that the degree of difficulty at these intersections greatly increase at nighttime because the only light source is that on your vehicle. If the light is NOT functioning at a intersection, that intersection becomes a STOP SIGN!

Answer: I stand with you that no one should consume any amount of an alcoholic beverage and drive a motor vehicle. Your co-worker was wrong and right in his behavior and answer the other day. Ed, you were right. It is illegal to consume any open container of an alcoholic beverage while in a motor vehicle in Texas. With that said, your co-worker was right being that he just got off work. It’s safe to say that after a few sips of the beer he was NOT intoxicated, yet! Not many motorists are aware of the two violations someone can be arrested for while being a driver or passenger of a motor vehicle. Apparently your co-worker is aware of one but not about having an open container of alcohol while in a motor vehicle. This is definitely not a green light to drink and drive because it is still illegal, but if you’re not intoxicated you can NOT be arrested. I stand with the state of Texas and their motto “Don’t Drink and Drive!” Don’t do it because most motorists can’t judge their point to stop the consumption of alcohol beverages before they get behind the wheel. Annually, statistics have proven the dangers of the deadly act of driving while under the influence of an alcoholic beverage.

Tiffany from Nederland Asks: I’m having a debate with my boyfriend about the usage of turn signals. If you are a driver of a car in a turn lane, let’s say it’s a turn only lane and you are maybe the third car in line, do you have to put your turn signal on? Thank you for all your help you’re going to give me in advance. Love your column!

Answer: Apparently this is a difficult law to understand. Law enforcement officers find so many people on a daily basis who fail to use their turn signals properly, whether it’s an indicator for lane changing or making a legal turn. State law requires you use your turn signal when turning, and yes even if you’re the third car in line. The turn signal must be activated on your vehicle 100 feet before you intend to turn.