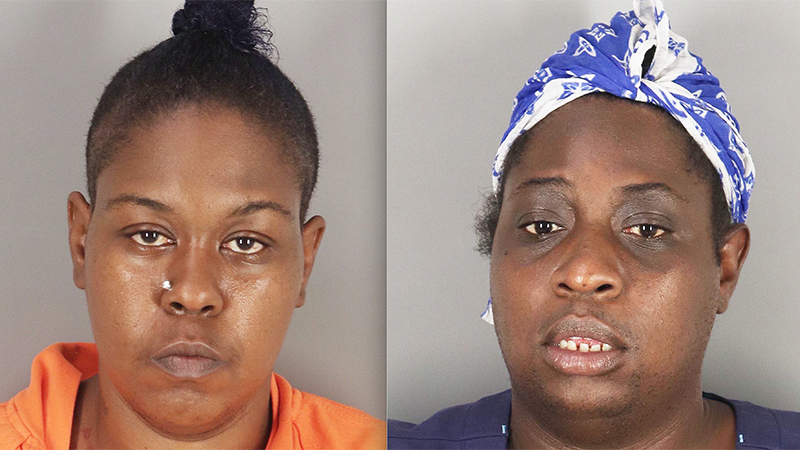 Two Port Arthur women have been indicted for pushing down and punching a 67-year-old woman while stealing money meant to pay for her deceased son’s headstone.

Marquita Boutte, 37, and Ebony Taylor, 38, were indicted by a Jefferson County grand jury this week for the Jan. 12 aggravated robbery that occurred in Port Arthur.

Police were dispatched at approximately 2:10 p.m. to the 400 block of West 10th Street, where the victim told of the crime, according to the probable cause affidavit.

The victim was injured when, police said, Boutte pushed Taylor into her knocking her down. While down, Taylor held her down while Boutte began to rummage through her nearby purse.

The victim tried to fight the women but they reportedly overpowered her, and Taylor struck her in the head with a closed fist, causing more pain.

Boutte took an envelope from the purse that had approximately $3,000 cash “that was to be used to purchase a headstone for her recently deceased son.”

The altercation took place in the victim’s home and after the aggravated robbery the two suspects fled.

The indictment does not say if the victim knew the two suspects or how they gained entry to the home.

Boutte has since bonded out of jail, according to the Jefferson County Sheriff’s Office.

Taylor is still in jail on the aggravated robbery charge with a $20,000 bond, as well as charges for unauthorized use of a motor vehicle warrant, no bond, and a robbery warrant, no bond.