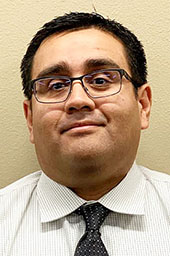 At the Sept. 14 meeting, the Nederland City Council will formally vote on the Fiscal Year 2020-21 Budget and the tax rate.

The FY 2020-21 Budget was presented to the City Council on Aug. 10. On Aug. 24, a public hearing was held in regard to the budget with no received comments.

The General Fund budget, which includes city administration, finance, personnel, police, fire, inspections, streets, parks and the library, is balanced with revenue and expenditures totaling $11,945,200, which is an increase of $548,142 or 4.81 percent from the adopted FY 2019-20 budget.

Over half of the expenditure increase is tied to salary and benefit cost increases.

The City shall provide all full-time employees a 2 percent cost-of-living-adjustment, steps on the pay plan for eligible employees, steps for police officers and firefighters in accordance with their respective collective bargaining agreements, increased costs for the employees’ pension plan and creation of a new full-time Streets Department Maintenance Worker position, which is the first new position for this department since 2004.

In addition, the City shall increase the monthly allocation to support the Senior Citizen Center, allocate $50,000 for the second round of new neighborhood streetlight funding, allocate over $1 million for street improvements, continue to fund the Spay/Neuter program and increase the allocation for Equipment Replacement.

In addition, the local contribution for the Hazard Mitigation grant program is allocated; this will result in generators being installed at four lift stations, completing the lift station generator project. Funds are also allocated for improvements to the Wastewater Treatment Plant and the wastewater system.

Nederland has the lowest municipal tax rate in Jefferson County. The current tax rate is $0.599159 per $100 assessed valuation.

The proposed budget was based upon utilization of the voter approval tax rate of $0.579708 per $100 assessed valuation.

Last year, the State Legislature approved Senate Bill 2 that made significant changes to property taxes. Previously, the City discussed adopting a tax rate between the “effective tax rate” (the benchmark tax rate needed to raise the same amount of maintenance and operations property taxes on existing property as the previous year after taking into account changes in appraised values) and the “rollback tax rate” (the tax rate necessary to raise precisely 8 percent more maintenance and operations tax revenue as the year before after taking into account appraisal fluctuations).

The “voter-approval tax rate” is calculated utilizing 3.5 percent instead of 8 percent.

This proposed tax rate will ensure the City of Nederland continues to have the lowest municipal tax rate in Jefferson County. A public hearing regarding the tax rate was held Aug. 24 with no received comments.

The City budget and the proposed tax rate will be voted on for approval at the Sept. 14 City Council meeting.

If there are any questions regarding City operations, please contact the City Manager’s Office at 409-723-1503.

Chris Duque is city manager for Nederland. He can be reached at CDuque@ci.nederland.tx.us.