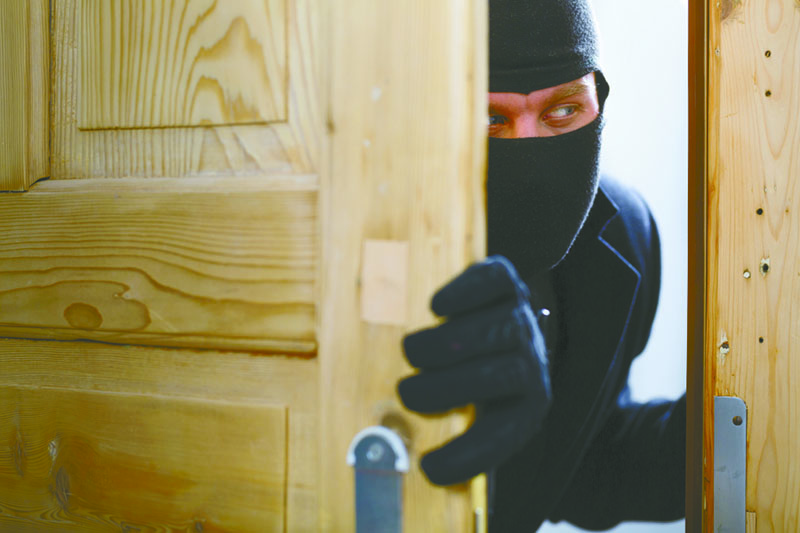 For the most part, the number of burglaries locally did not spike during the hurricane evacuation.

A likely reason could be the additional presence of law enforcement.

Nederland Police Chief Gary Porter said he did not note an increase in burglaries of habitations or vehicles last week when a mandatory evacuation was called due to the approach of Hurricane Laura.

One theory was that most residents evacuated.

The other theory was additional law enforcement.

“We had a very high police presence, including our partners with Texas Department of Public Safety,” Porter said. “They supplemented our patrol and gave us a very visible police presence.”

Porter said he drove through town before the hurricane struck and couldn’t drive down one street without seeing either a Nederland police officer or state trooper.

There was no increase in burglaries noted in Port Neches, where Assistant Chief David Reeves believes a curfew, visible police force and citizens watching out for each other helped.

“We also had double shifts of officers working and staying visible in the neighborhoods,” Reeves said. “Lots of residents returned home soon after the storm, so there was a big people presence, I believe,” Reeves said.

Bailey stayed at the police department/emergency operations center during the storm and noted the presence of 12 DPS troopers.

Bailey was unsure of any additional burglaries during the evacuation period.

A call to City Marshal Norman Reynolds Jr. was not immediately returned.

“Generally speaking there was an increase in burglaries prior to the storm,” Guedry said, adding she wasn’t able to note if a particular area was harder hit than others.

She did say burglars forced entry into homes to gain entrance during the time of mandatory evacuation.

PAPD did have assistance from DPS.

In the northern part of the county, Beaumont saw an increase in property crimes, according to a city Facebook post. From Aug. 24 to Aug. 31, Beaumont saw close to 50 commercial and residential burglary reports — something police there tend to see during evacuation and natural disaster situations.

The City of Beaumont said having a home or business burglarized is a traumatic event, adding officers of the Beaumont Police Department want the community to know they are working “tirelessly on solving these crimes.”

BPD officers have made numerous arrests for burglaries committed over the past several weeks. Recently, the department documented an increase in residential and commercial burglaries; overall however, reports for these crimes are down 16 percent as compared to last year at this time.

If you have any information in reference to any burglary, BPD officers urge you to contact the Beaumont Police Department at 409-832-1234 or remain anonymous by contacting Southeast Texas Crime Stoppers at 409-833-TIPS (8477).

In addition, the Sheriff’s Office went to 12-hour shifts for several days during the declared disaster, which, Chadney said increased visibility and quickened response.

“This may account for why we had the results we had,” he said. “It is also possible during disasters that fraudulent reporting of burglaries to cover uninsured disaster damage and loss could be a factor in the larger reporting numbers of theft and burglary.”