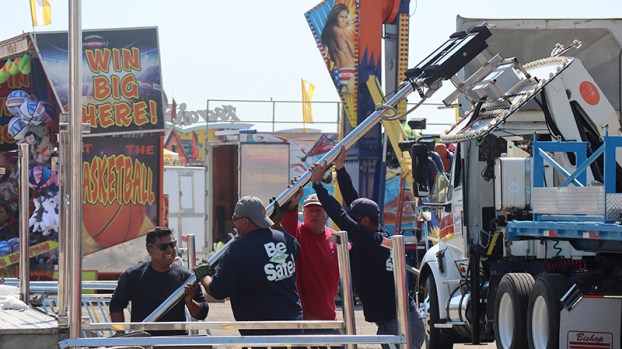 BEAUMONT — The decision on selling Ford Park Entertainment Complex is on hold after county commissioners rejected the sole bid this week.

Fred Jackson, assistant to Jefferson County Judge Jeff Branick, said the decision to reject the bid was likely due to statutory requirements not being fulfilled, meaning there was no written appraisal for fair market value, only verbal, for the property located off Interstate 10.

In mid-August, county commissioners approved an agreement with JLL Valuation & Advisory Services LLC in the amount of $30,000 for valuation and advisory services for the sale of Ford Park.

The next step for the county is up in the air.

There were also discussions on whether the financials submitted complied with the purchasing act.

The next step for the county is up in the air.

Commissioner Brent Weaver, who represents Precinct 2, initially gave the sole dissenting vote on selling the property in August because he felt there needed to be more time for bids other than the two weeks provided.

This week Weaver was part of the unanimous vote to reject all bids.

“I’m not against selling Ford Park, but I want the process for any potential bidder to have a longer time period, 90 to 120 days for bidding going out and to have all our appraisals back,” Weaver said.

Weaver said he wants a thorough process before going forward, opting for a slower bid process.

He said taking a longer time allows potential buyers to do due diligence and gets “the best price for the property,” which is what taxpayers deserve.

The minimum bid for the Ford Park Entertainment Complex was set at $20 million, and if sold, would take the cost of maintenance off the county’s shoulders.

Kevin Johnson, a spokesman for a group of investors interested in horse racing, expressed interest in buying the entertainment complex.

A call to Johnson was not immediately returned.

For the most part, the number of burglaries locally did not spike during the hurricane evacuation. A likely reason could... read more