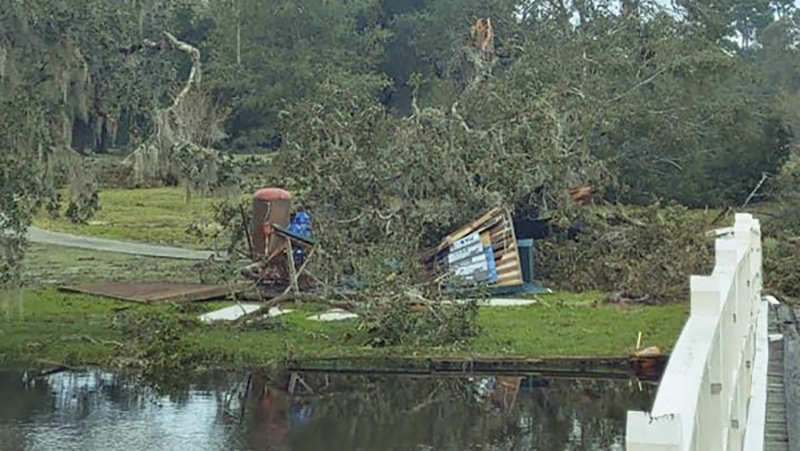 About the only noticeable difference to golfers was fairway grass that had not been mowed. Before the course was made available to play Sunday, all greens had been cut. Fairways on the front were not completely mowed out until Tuesday, with the back due to be finished up by Thursday.

Sunset Grove, meanwhile, took a brutal hit from Laura’s high winds. Scores of trees, much as was the case at Port Arthur Country Club and Beaumont Country Club after Rita in 1995, were snapped and littering the course.

No word on when one of only two Donald Ross-designed courses in Texas will be open. …

PNG ex Andrew Landry, like so many others in the FedEx playoff BMW field, took it on the chin from rugged Olympia Fields Country Club in Chicago last week. Landry shot rounds of 77-75-74-75 to finish at 21-over-par 301.

Lamar ex Dawie van der Walt flirted with winning the Korn Ferry Tour Championship at Victoria Country Club in Newburgh, Indiana. Van der Walt, who led after day one, wound up T6 after rounds of 64-71-67-71. His 273 was three shots off the winning total of Brandon Wu and earned $32,000.

In the Monday Senior 50 Plus 2 ball at Babe Zaharias, the team of David Young, Cap Hollier, Dan Flood and Larry Johnson won the front with 3 under. Minus 2 won the back for the foursome of Jim Cady, Tony Trevino, Larry Foster and Roger Baumer.