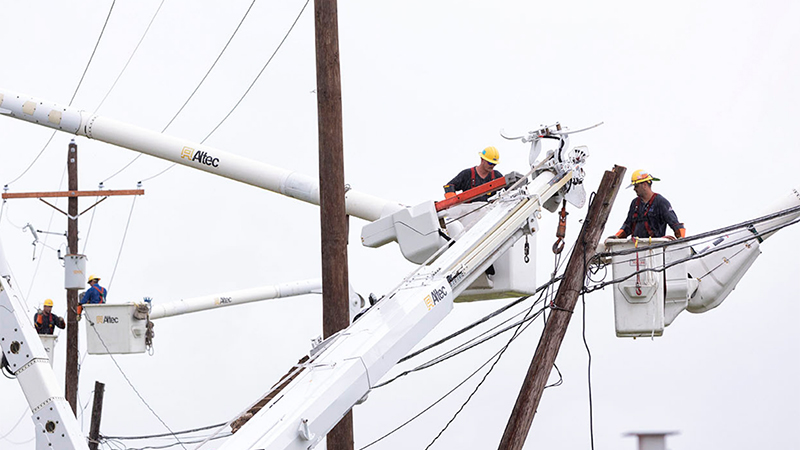 More than 10,000 Mid-County and Port Arthur area residents had their power restored Monday evening, according to Entergy.

The 8 a.m. Tuesday report indicated 8,508 customers were still without power in the same region. This is down from the peak of 43,148 customers.

Transmission restoration continues to be a top priority as workers repair all damage.

Due to repairs on a transmission line serving much of Groves, most of the town’s residents are still without power.

On Tuesday, workers are focusing on total restoration of that area, with hopes that once the transmission line is in place, the vast majority of those without power will be restored late Tuesday night.

Other areas that workers will be focused on include:

This list does not mean workers won’t be in other areas; these are currently the areas with the highest concentration of outages.

Entergy stresses, “Please understand that workers will be in all areas that are still without power. Entergy Texas estimates that the majority of the area’s customers, who can safely take power, will be restored (Tuesday).”