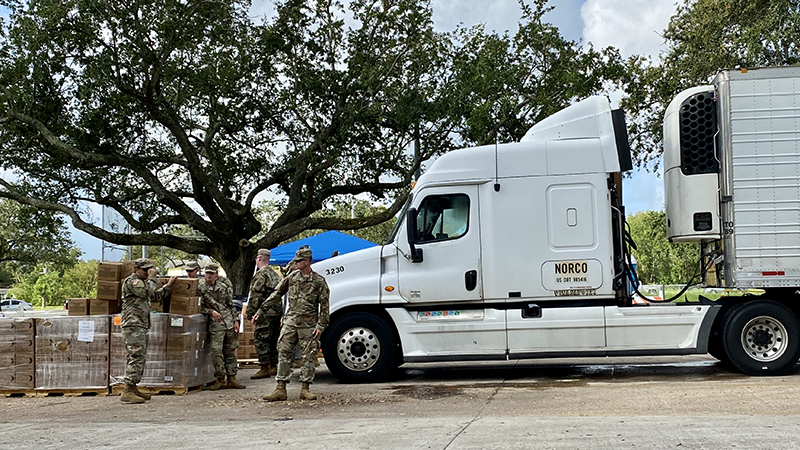 The United States Army was at Barbara Jacket Park in Port Arthur giving out free bags of ice, cases of water and MREs (Meals Ready to Eat) to local residents struggling in the aftermath of Hurricane Laura.

Sierra Findley said she was mainly there for the water.

“There are a couple other places giving out bags of ice, but it’s really the water we need,” she said. “It’s hot outside, we are under a heat advisory and water sells fast, so this is a blessing.”

“I got water, but didn’t need the ice or MREs,” she said. “I work for a non-profit that helps many people. Many elderly shut-ins that can’t come to the distributions. Water was an item that was needed, so I got it for them. The ice couldn’t be kept cold due to no electricity.”

One Port Arthur resident, who didn’t wish to give her name, walked up for service.

“I don’t have a car,” she said. “So I just walked up to the basketball court and they brought it over to me. Now, I’m going to walk it back to my house in this basket.”

Lt. Alex Ruiz, who was overseeing the event, said the platoon was called in to help from their San Antonio base last week.

“We got activated a couple days ago to help support the towns that were hit by the hurricane,” he said. “(Monday) we are handing out water, ice and MREs. It’s a certain amount per a person and hopefully we will get rid of it by the end of the day. That’s pretty much it.” 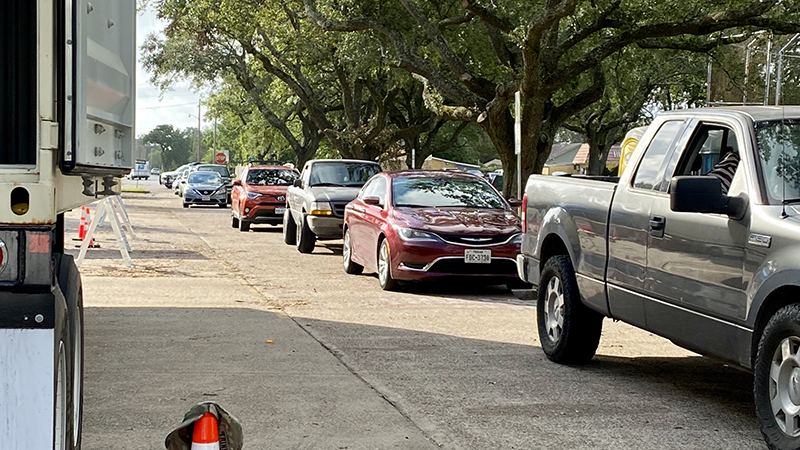 A line of cars wraps around Gilham Circle waiting to receive bags of ice, water and MREs (Meals Ready to Eat).

The MRE is a self contained, individual field ration often used by the United States Department of Defense for its service members.

They are often distributed after natural disasters due to their long shelf life. They can be eaten without freezing or heating.

Each person can take up to one box of MREs, one case of water and two bags of ice.

“It is important for us to be here today because a lot of families were impacted by the hurricane,” Ruiz said. “I know power is out a lot in this area, so they need some supplies, and we want to be here to hand it out to them.”

The giveaway started at 8 a.m. Monday.

Ruiz said he, and the other 20 soldiers, would be posted at the site until 4 p.m. or until all items are distributed.

After Port Arthur, the platoon was moving services to Orange, Vidor and Mauriceville. 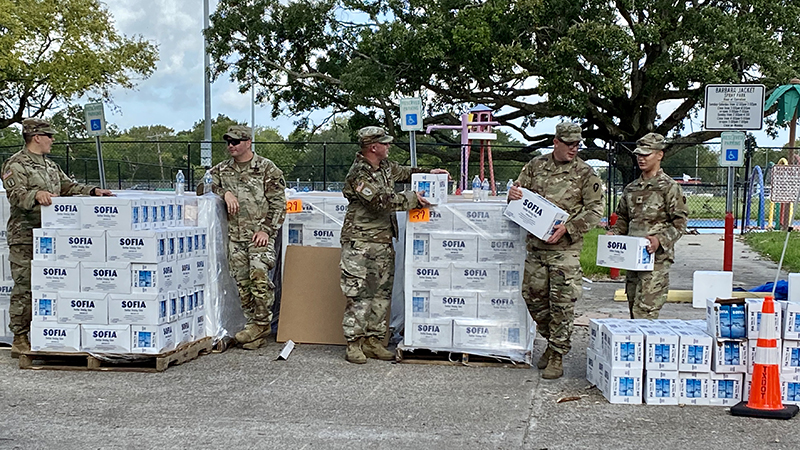 Soldiers of the United States Army hand out cases of water to Port Arthur residents Monday at Barbara Jacket Park.