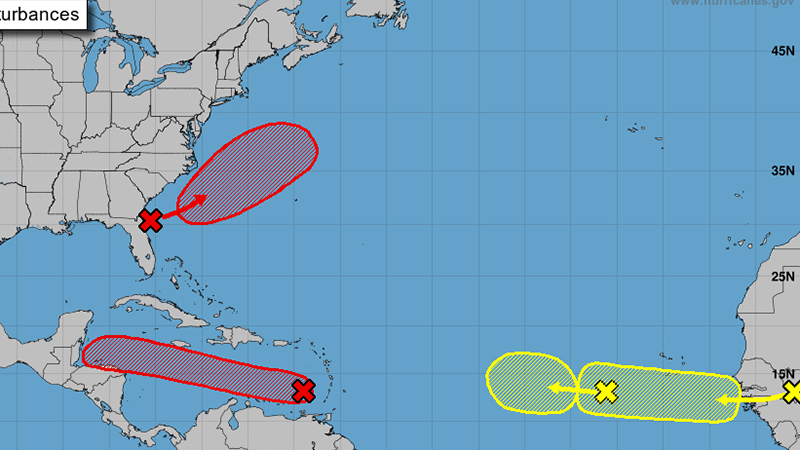 As of Sunday afternoon, a westward-moving tropical wave accompanied by a broad low-pressure area was located over the eastern Caribbean Sea, just west of the Windward Islands. Associated shower and thunderstorm activity continues to show signs of organization, and environmental conditions are expected to gradually become more conducive for development.

A tropical depression is likely to form during the next day or two while the system moves westward across the central Caribbean Sea.

Subsequent development of this system is possible, and a tropical depression is likely to form by the middle of the week while the system moves northeastward or east-northeastward, initially parallel to the southeastern coast of the U.S. and then away from land. It has a 70 percent chance of formation during the next five days.

This system is producing limited shower activity, and further development is becoming less likely due to unfavorable environmental conditions.

It has a 20 percent chance of formation during the next five days.

It has a 30 percent chance of formation during the next five days.