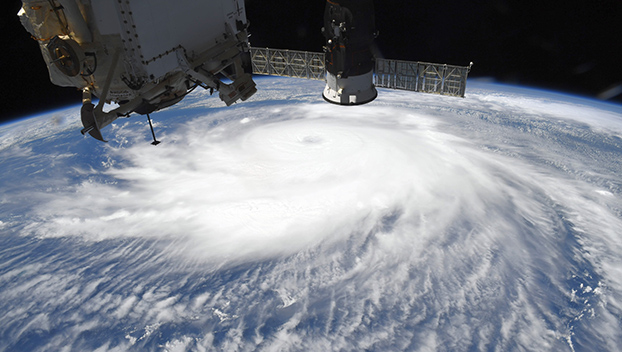 Storm surges that could penetrate up to 40 miles inland from the coastline — some as high as 20 feet — are being predicted for Hurricane Laura by the National Hurricane Center Wednesday.

Forecasters say floodwaters may not recede for several days after the Category 4 hurricane moves through the area Wednesday night through Thursday.

At 6 p.m., sustained winds of 39 mph were being reported at Caillou, Lousiana, and on Vermillion Bay in Louisiana. Tropical-storm-force winds and heavy rains are beginning to spread onshore.

Flash flooding along small streams, urban area and roadways is expected into Thursday from far eastern Texas to Louisiana and Arkansas.