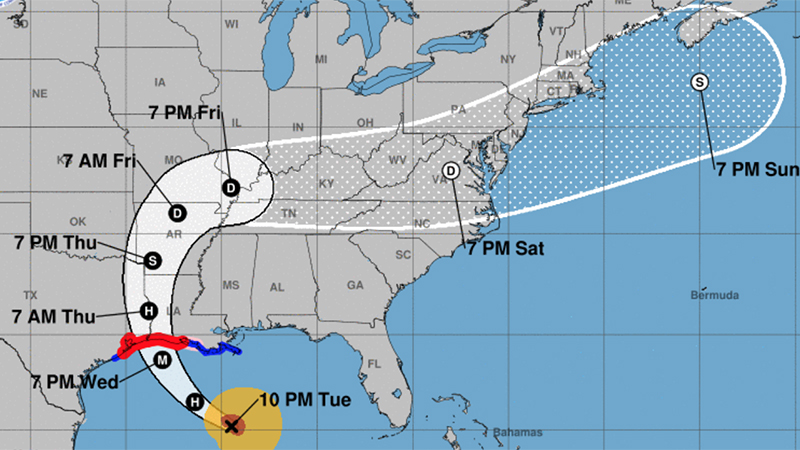 Life-threatening storm surge with large and dangerous waves is expected to produce potentially catastrophic damage from San Louis Pass to the mouth of the Mississippi River, including areas inside the Port Arthur Hurricane Flood Protection system.

That was the message delivered at 4 a.m. Wednesday from the National Hurricane Center.

This surge could penetrate up to 30 miles inland from the immediate coastline in southwestern Louisiana and Southeast Texas.

Actions to protect life and property should be rushed to completion as water levels will begin to rise later today.

The National Weather Service released a Jefferson County-specific forecast, indicating the county will likely see winds Wednesday night into Thursday morning between 65 and 85 mph, with gusts of 110 mph.

The storm surge is expected to be nine to 13 feet. Waves may overtop Port Arthur’s levees.

Rainfall totals are six to 10 inches, with a high of 12 inches.

The tornado threat is marginal.