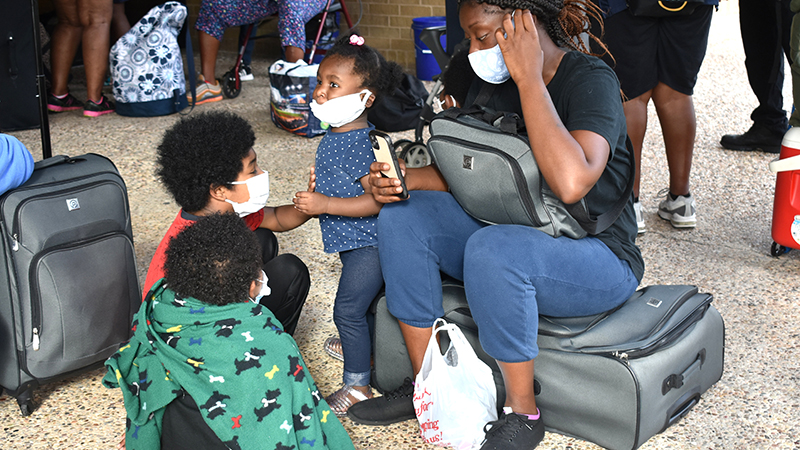 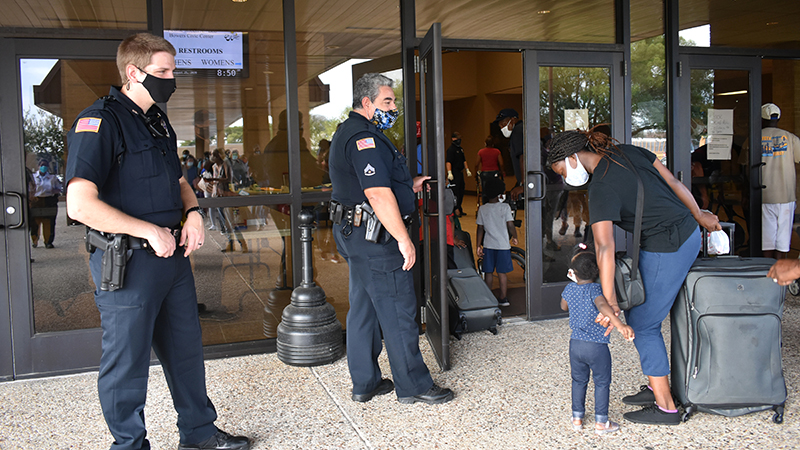 For some, the whole situation brings on strong feelings.

Jamizion Gordon, 14, waited in the parking lot with his family near their car talking.

“It feels, harsh,” Gordon said of the need for evacuation due to the threat of Hurricane Laura.

Gordon and his family went through Hurricane Harvey that left their home flooded.

“We couldn’t come home, there were gators, snakes in the house, and there was mold,” Gordon said. 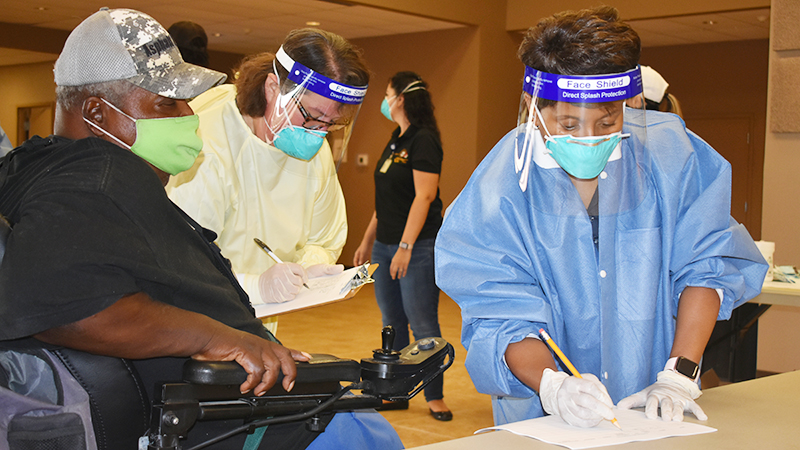 His grandmother Tabetha Sims stood nearby as he spoke, her toddler grandchildren playing near her.

Justice Lewis stood by with a garbage bag of belongings and sons Jayshawn Thompson, 5, and Javen Thompson, 7.

“It’s overwhelming, at the last minute” Lewis said. “I have no family, it’s just us.”

Lewis’ youngest child. who will be 1 on Friday, was already safe with a cousin.

The bright yellow Port Arthur Independent School District buses were lined up like ducks down the road from the library to the end of the civic center with another group of buses on the west side of the building.

Police and fire department vehicles were also mingled in with the buses. 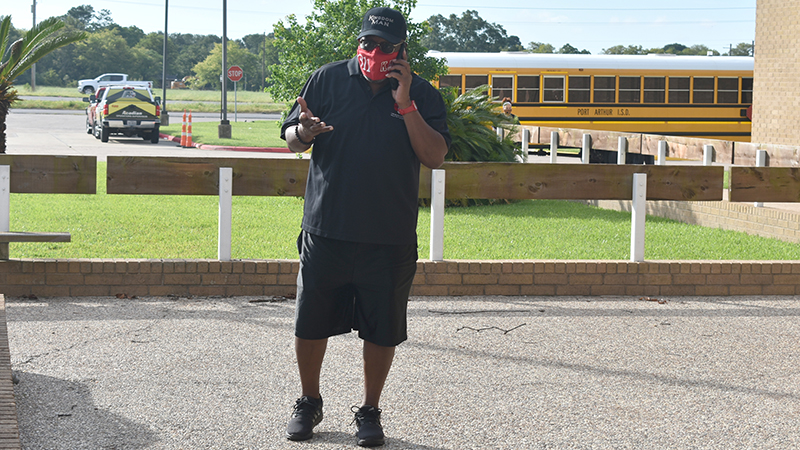 Port Arthur Mayor Thurman Bartie takes a phone call outside the Bob Bowers Civic Center where residents are lined up for evacuation transportation out of town.

Tyler Fruge sat on a suitcase, phone in hand as children Brinden Guillory, Brion Guillory, Felice Fruge and Taylor Joseph sat and stood next to her.

A little further in the line Albert Brown, or “AB,” wearing face covering and gloves stood with a suitcase waiting his turn to go inside the facility.

“I just want to get out of here so I can be safe,” Brown said. “I’m concerned about my sister in Houston. She’s on the second story, my sister and niece.”

Brown evacuated early with Hurricane Harvey and went to his sister’s house in Houston that was not in a flooded area.

Information such as name, address, health history and medications were being gathered. Those individuals will be loaded into buses separately, Smith said 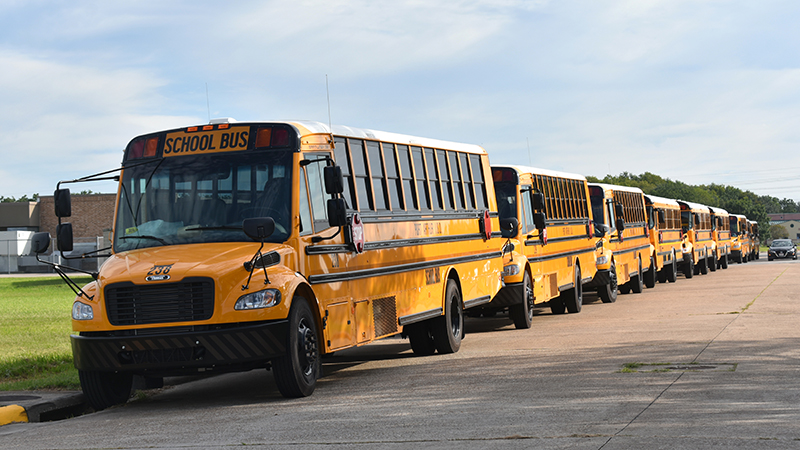 Buses line up outside the civic center.