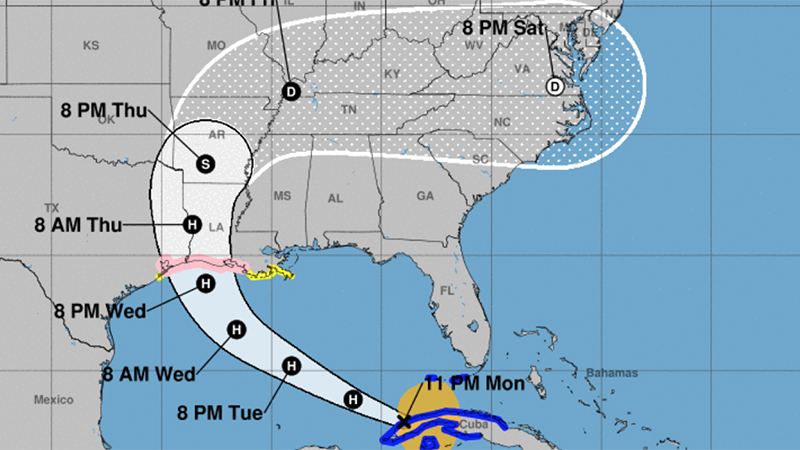 Laura will strengthen to a hurricane in the next 6 to 18 hours before making landfall in Southeast Texas to south central Louisiana late Wednesday/early Thursday as a category 2 or 3.

Jefferson County is under a Hurricane Watch, which would likely become a warning Tuesday.

There is a potential for widespread damage near the coast from storm surge. Damage from the surge could extend 20 or 30 miles inland.

The average error for hurricane forecasts is 70 to100 miles off for two to three days in advance of landfall, so do not focus on the individual forecast points, but use the error cone instead.

If you are in the error cone you could see the worst part of the hurricane winds.

Everyone should be preparing for a category three hurricane due to the average forecast errors when it comes to wind speeds (+/-15-20 mph for 2-3 days in advance).

This is the forecast weather impacts for the region:

Tornadoes: Tornadoes will be possible in the eyewall as the hurricane approaches the coast, as well as outer rain bands starting Wednesday into Thursday.