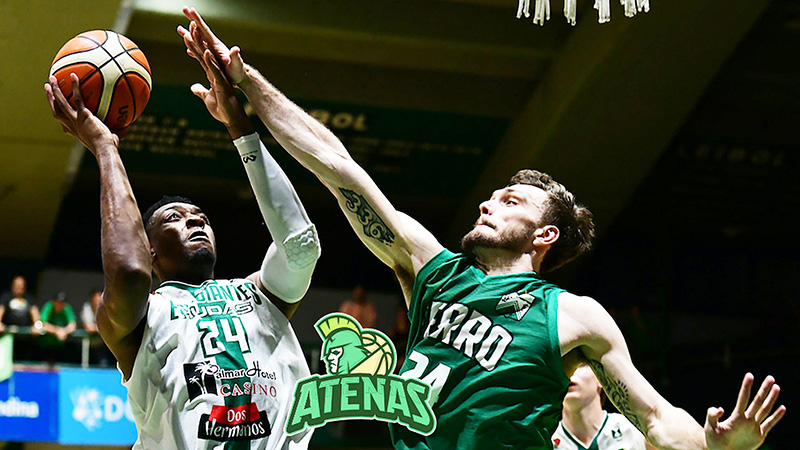 Atenas was founded in 1938, plays in the Liga Nacional de Basquet and is based in Argentina.

During the offseason, Atenas looked to strengthen its post play and Nzeakor was the player identified to fill that role.

Nzeakor gained valuable experience playing in the league last year with Estudiates de Concordia. The 6-9 Nzeakor averaged better than 12 points and nearly five rebounds per game through 10 games before the season was halted due to the COVID-19 global pandemic.

Nzeakor received his first taste of professional experience following his graduation with the PS Karlsruhre Lions of the ProA League, which is Germany’s second division.

“I’m training hard in a sports center that I have near my home,” said Nzeakor in an article on the Atenas web site. “I am a hard-working player who likes to express emotions. I consider myself competitive, winning, athletic and strong. I had some success during my short time in Argentina. I was familiar with the competition and the country. I really want to be there as part of the team and start training. I want to give back to Athens and its rich history.”

A former All-Southland Conference selection during his time in a Lamar University uniform, Nzeakor was a four-year letterman with the Cardinals and a key reason for the program’s turnaround.

During his time with the Cardinals, Nzeakor became one of the league’s top double-double players, graduating with 18 career double-doubles.